Home Fashion A defence of the kitten heel

Yes you read right. I’m defending the kitten heel. No it’s not a trick; if you are seen favouriting this tweet you won’t have your purple wheelie bin confiscated or be excommunicated to Stoke on Trent. Stop snarling your screens for a sec, and just hear me out…

Liverpool loves a good heel. Whether it’s stilettos, platforms, boots or wedges, size really does matter when it comes to shoe height.

It doesn’t matter if you make your fella look like a jockey who’s been in on a hot wash when he’s standing next to you, or if you end up wearing Mersey Rail issue flip flops and carrying your killer heels all the way home after a night out, there’s no way we’d swap them for flats or the footwear fate worse than death: the kitten heel.

But it’s only in relatively recent fashion history that the kitten heel has been outcast. They were staples of Grace Kelly and Audrey Hepburn’s elegant wardrobes in the 1950s and what was good enough for Hollywood has always been good enough for Liverpool. The held their own into the swinging 60s when the Cavern was chocker with backcombed hair and flicky eyeliner, and our mums and nans looked FAB.

Barely a Fashion Week goes by without a nod to the timeless styles of these past decades, and kitten heels themselves never look out of place on the chic feet that saunter up and down Parisian boulevards – so why don’t they translate well to the cobbles of Concert Square?

Described as “ugly wool shoes”, “neither here nor there” or “a show” (and that’s just the lads’ take on them), the kitten heel has got to be the most unpopular shoe in Liverpool, beating TOMS and even Crocs to the unenviable title.

Miu Miu, Kenzo, and Chanel have got other ideas for 2015 and we might just see one or two pairs around town and – dare I say it – actually looking half decent. Harness the power to internalise your snarls and exclamations and try not to snapchat your mates with your own Circle of Sheow.

Most of all, do not fear the kitten heel. It’ll take another 50 years (and the rest) before killer heels aren’t welcome in Liverpool anymore. 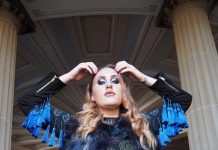 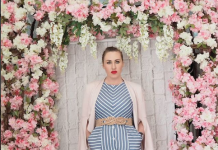