For the three times that I was pregnant, I prayed for a boy. I love girls, I am one, but the thought of mothering one made me rigid with fear. I got lucky. I got my three little wishes and I didn’t look back. Every Mother thinks their children are beautiful, but unfortunately for me it’s actually true. Here I am with a ruggedly handsome 21 year old soldier, a 6’3” pretty faced 18 year old student and a super sweet 7 year old who looks like a model. What could possibly be wrong with having 2 handsome young men as my darling children (and obviously my little baby, but at seven he’s more into marrying me than any other woman)? The girls, that’s what. The girls that I didn’t want are all of a sudden multiplying and their feelings and emotions have landed at my feet.

I swear I brought them up to be gentlemen but they’re leaving a stream of broken hearts behind them like One Direction on heat. Although they have different tastes in the fairer sex and very different standards, I can assure you they have the same systems set up. Don’t hate the game; hate the players! I’ve found myself apologising, consoling, doling out sympathy and denouncing my own spawn as a pair of shits on a regular basis.

I’ve had enough!  They may be my sons but I can’t turn my back on my gender, so listen in girls; I’m about to give you 10 top tips from an insider and what to do to avoid letting gobshites crap all over you.

10 Reasons why you should never date my sons… or any men ever. The twats.

1: You are going to come across men that like the ‘chase.’ Usually, if you’re puzzled as to why that lad who seems a little out of your league is showing interest in you, it’s because you don’t show interest in him. He will start to talk to you, bring you out of your shell, make you feel really special and eventually start things up. Suddenly you will be put into superstar status and you will start to realise that you’re lovely and he wasn’t out of your league at all. Then, just as you get comfortable and start feeling at ease in your new relationship and maybe god forbid, call him your boyfriend. BANG! He will drop you faster than you drop you fellas phone when you hear him getting out the shower. So, if you’re into him and you want to keep hold of him, DO NOT pay him too much attention. Stay focused on your own life and never say you love him first. If you make these mistakes and he does break your heart, don’t bother texting, trying to call him or stalking him. He’s already totally over it and moving on to his next chase faster than a Sassy Bird trying to get to the bag section first in the Cricket sale.

2: If you meet a lad in a club and your both a bit pissed and you take him home and have a good old romp in the bedroom/ on the floor/in the porch (the stories are endless) then remember, he will only call you at 12am the next weekend if he hasn’t pulled. When a lad leaves your house and does the stride of pride back home the first thing he does when he walks into the house is shout ‘Guess who got laaaiiiiidddd last night?’ Regardless of whether his Mother, little brother, neighbour or window cleaner can hear. He will hoopla all the way to his room, sleep off the booze and then ring all his mates to tell them about it including all the sordid little details. When he’s done that, he and his equally dastardly brother or mates will swap pictures, points and tips until they forget about you and fall asleep again. This is a gospel fact, I am not lying here.

3: You know that picture that makes you look like you’re an FHM top 100 girl, but you’re naked? DO NOT send it. During family Chinese meals, days out, Christmas festivities and generally any day that is spent as ‘family’ time, that picture will be shown around to everybody. Think about it, if you do actually wind up dating this guy, his mother has already seen your boobs. It’s not so cool then is it? Lads have no shame, whether it’s a picture of them, you, their mates or the neighbour again, they will happily display it to anyone who wants to look. This also includes work colleagues. To be honest you might as well do a page three shoot instead.

4: If your new man smells and looks like he has been dragged through the Hugo Boss stock room but he doesn’t offer to pay for a round when meeting your parents, he’s skint. There is nothing wrong with that of course. If he looks good and you have money then who cares? But don’t for one minute get reeled in by the expensive look. He’s paying for it and that is the reason he has no money.

5. If you start following him on Instagram and ALL his pictures are of his pecs, abs, calves and shoulders then you need to accept that he is never going to upload romantic pics of you together. In fact, it’s going to be a damn struggle to get him to acknowledge you on social media at all. It’s not that he doesn’t care about you AT ALL like, it’s just that he’s hedging his bets that you’ll be biting the dust soon and doesn’t want to limit his options. Plus, he’s pretty much in love with himself. 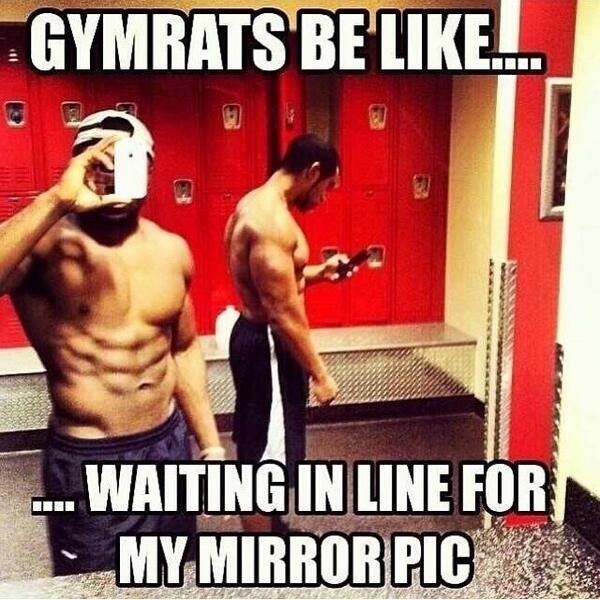 6: Squaddies have a bad habit of wearing vest tops, tee shirts that have their platoon details written on the back and fancy dress. Don’t ask me why, because I have no idea. It seems to be a trend and they will basically spend a huge amount of time trying not to look to metro-sexual. On the other hand, ask them to dress in drag for a night out and they will look better than you ever will.  BONUS SQUADDIE TIP: If your squaddie spends ages telling you how much he can drink, he will be on his arse after two bottles of Budweiser. Again gospel fact. I’ve seen it with my own eyes.

7: If your artsy, into music, a writer, poet or any other type of girl that needs a man to be ‘in touch’ with you then DO NOT date a squaddie or a lad that has one hundred pictures on his social media of private jets, cars and yachts. He will never ‘get’ you, he will drive you mad. His role model is either Vin diesel or Scott ‘the lord’ Disick but be honest, you’re looking more for an Ed Sheeran/Sam Smith type and he isn’t it.

8: If you call him and his Mother answers his phone and says he is at the gym, he is in bed, maybe not alone. Why would he leave his phone at home when he goes to the gym? Especially when you know he spends at least 45 minutes taking pictures of himself at the gym, before his usual 30 minute workout. Also, why would his Mum answer his phone when usually if her DNA touches it, it self destructs? Be savvy girls, boys get their Mums to lie.

9. Speaking of mums. If he gets his mum up at 6am to iron his shirt when he’s perfectly capable of doing it himself and she does it, he will expect that of you later in life. Seriously mums, stop coddling them, you’re not doing the world or your son any favours.

10: Finally, his Mum, Brother, Dad, Cousin, Mate didn’t set up his Tinder account as a joke. He did it and he spends 6 out of the 8 hours at work/ university pissing about on it. 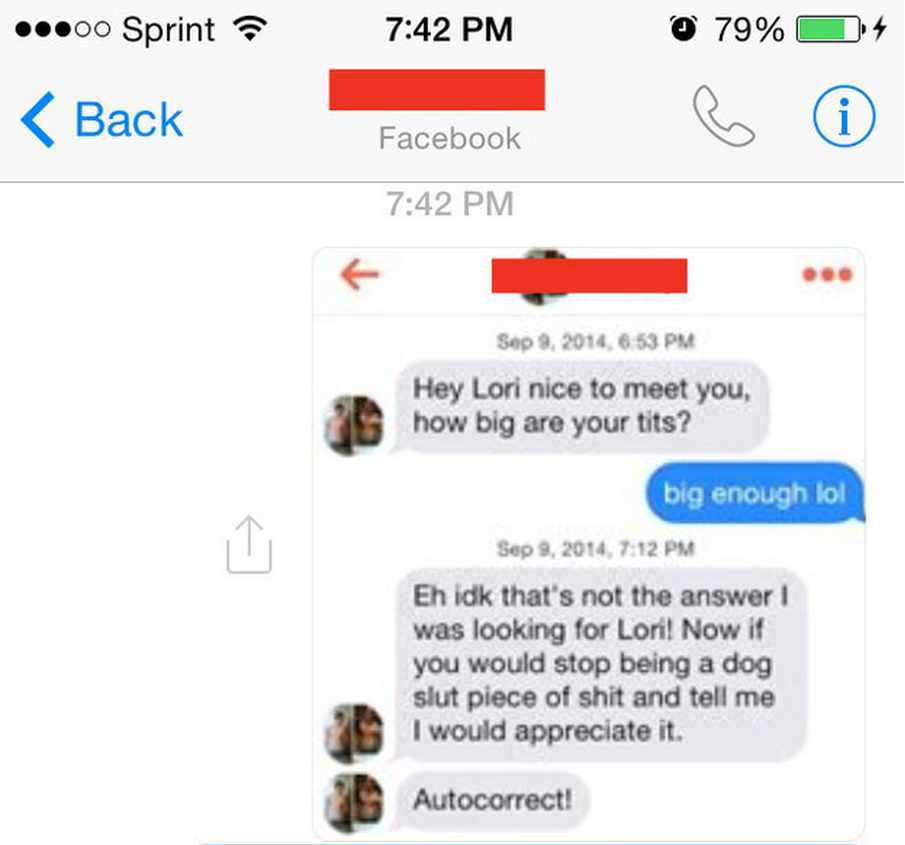 I know that you’re all thinking ‘What kind of demons did she raise?’ and I don’t blame you. The thing is, my boys are really good lads. They love each other, their brothers and sisters, their Nan and their dog. Before they read this, let it be known that they even loved me. It’s just for now, and probably until they find ‘the one,’ they are suffering with chronic ‘arsehole’ disease and I know they’re not alone. I’ve seen and listened to their mates and it’s a full on gobshite epidemic. I’m not going to tell you who they are, or what they look like, but if you stalk my Twitter you will find pictures because I am proud of them. I just wouldn’t advise anyone to date them, that’s all.

Overall, my advice would be to always make friends with his Mother, you have no idea what information she holds.