Scouse Bird Problems – Alex Gerrard: How are the Scouse Ambassadors settling in to LA?

Back in February Alex Gerrard was seen house hunting in LA. The football world had already rocked by the news of Steven Gerrard’s move over to LA Galaxy soccer club. (Sniff, still not over it btw.) So like Victoria Beckham before her, Alex has upped sticks and taken her three girls for a new start in America. How boss for them? Depending on the length of stay, they might actually get to go to homecoming and prom (a real prom, not the school discos we have masquerading as prom over here) – surely any one of their gorgeous kids is a dead cert for prom queen?

Whilst house hunting she showed lots of style and versatility. The homes that she reportedly viewed were in the Beverley Hills area, but she didn’t forget her scouse roots by hunting out the restaurant of Real Housewives star Lisa Vanderpump for a bit of celeb spotting of her own.

So if you are interested in how they’re getting on now that they’ve made the big move, here’s a quick peek:

Alex and Steven spent several weeks saying goodbye to friends and family. Of course any move is always huge, but to move so far away must have been difficult. We can all snipe that the money would have made it easier, though at the end of the day saying goodbye is hard.

She was going to beauty capital of the biggest country in the world. She could have sought treatment from the best. BUT, like the boss that she is, she got her hair, aesthetics and beauty taken care of before she got on the plane in good old Liverpool style; so overtly scouse, she should have had an award. 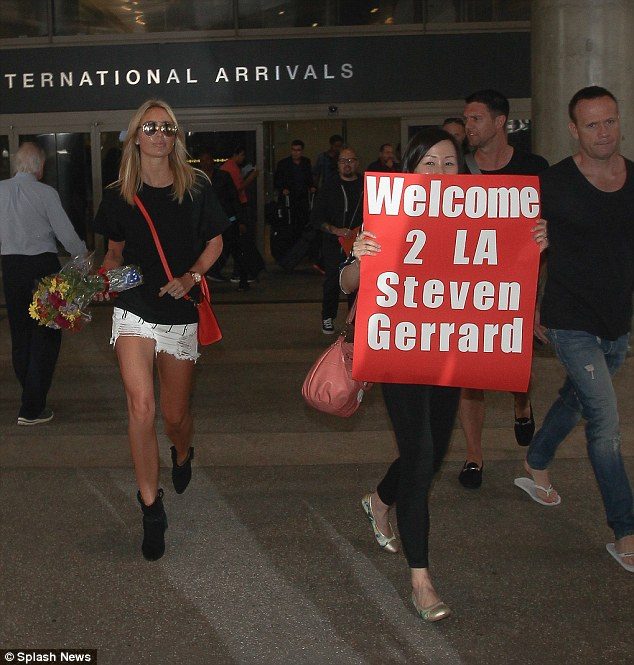 Getting comfortable after the move

The move went well after a family holiday to Turkey and since then, Alex and Steven have been spotted soaking up the sun on many of California’s top beaches. The girls look to be having a great time. It’s an extended summer holiday for them that’s for sure. Alex has been keeping people up to date via Twitter and she has already celebrity spotted by sitting yards away from KimYe in the elite eatery Nobu. Actually even Steven spoke out about that sighting. Steven was also pretty impressed to walk past boxer Floyd Mayweather on the street. It’s nice that idols have their own idols isn’t it? Alex and the girls went along to the Kid’s Choice Sports Awards; already walking the red carpet and it’s only been a week or so. #scousefirstfamily

Oh my god ! In nobu Malibu and @KimKardashian @kanyewest are sitting on the next table !!!!! 😃😃😃 she’s beautiful !! 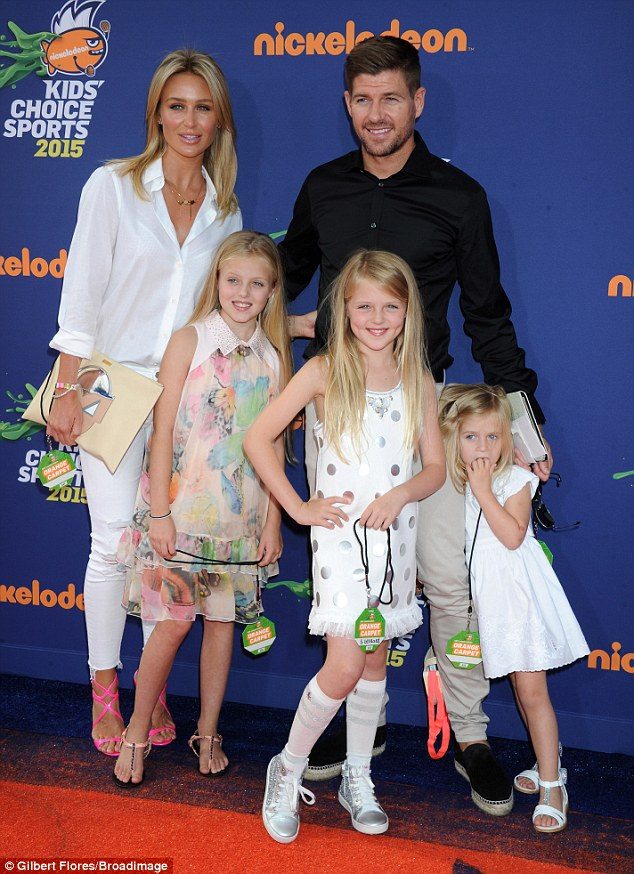 Alex is sticking to her roots with casual chic. She’s renowned for being pictured wear sportswear on her way to the gym and she isn’t failing at that over in LA. She’s been papped wearing mostly beach chic and rocking the natural wave look with her hair; looking like a head to toe LA babe to be honest. Steven is doing his usual ‘Fit’ pictures with the kids making women everywhere pay attention. What is it with these footballers and their kids? The hormones in the average woman can’t handle it. 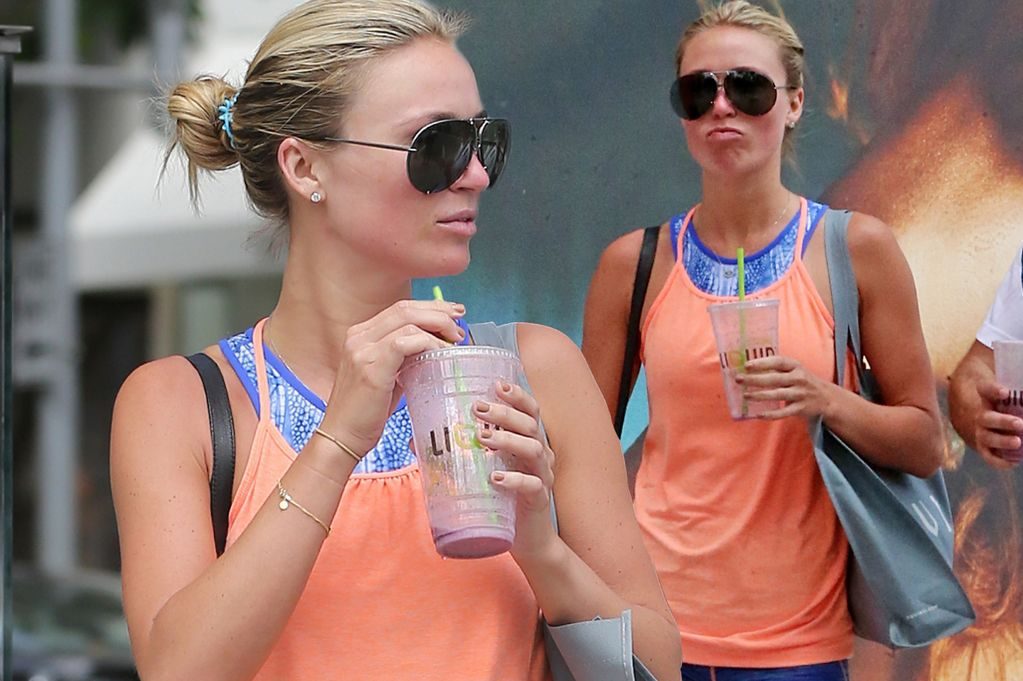 This is probably the most important aspect of the move, yet it’s hard to work out what’ll happen until Steven actually plays. Americans love the British, unless they are picked up by a sporting team. Years ago when David Beckham made his move to LA Galaxy he had a tough time from the fans and wasn’t totally happy for a while. Victoria did her best to mingle with the A-Listers such as  Eva Longoria, Will Smith and of course Tom Cruise, but David’s football career didn’t quite live up to expectations. In Stevens’s case, LA Galaxy have already rolled out a massive media campaign to announce the arrival of their new star. It’s all looking good on the football front so far but can Stevie G lar handle the pressure? We do not let this slip!

A WAGS job, however, is not to play football, but to support her husband and help grow his popularity (see Victoria Beckham again, spin doctor extraordinaire). But when the Gerrard’s attended a LA Galaxy game last week, it was Alex not Steven that caused a stir. Alex like the true Scouse bird she is, was clocked playing with her phone during the American National Anthem and fans took to twitter to have a go telling her she has ‘new country rules’ to live by. BUT instead of apologising, she told the fan to ‘Get a life’ and ‘shhhhhh’ (the modern equivalent to ‘calm down.’) So even though she is now millions of miles away, she’s handling negative attention the Liverpool way, i.e. piss off!

Dear @alexgerrard7 don’t text/play with your phone during national anthems. It is not ok here #newcountrynewrules

It seems as though the Gerrard’s are having a great time in LA and we hope that continues. California as well as everywhere else could do with good Scouse ambassadors. It’s great to see someone keeping up the good work and abiding by the scouse bible instead of getting sucked into La-La-land. After Stevie plays his first game, the fans will probably love him just as much as Liverpool fans do, and the only problem the family is likely to encounter is that Americans struggle to ‘get’ brits. We are sarcastic, arrogant and don’t take to rules very well but we’re also funny, self-depreciating and don’t really give a shit. Whilst Americans love our accents, they don’t like being on the wrong end of a bit of British comedy. None of that should bother Alex, Steven or the girls. It looks like they are going make LA fit in with them rather than the other way around.