Dieting is a ritual that women follow religiously. I often wonder what it’s like to not have to worry about fat. It’s the first thing I think about in the morning asking “do you really need TWO sugars?” And the last thing at night, “I shouldn’t have just eaten that Cookie, DAMN it.” It’s an odd worry though. You know that a high portion of people are doing it with you, but you feel totally alone with your wobbly bits. Plus whether you’re a size 8 or a size 18, you death stare anybody who has the cheek to say “You look fine, what’s your problem?” My problem is that I don’t look like Victoria Beckham or Kate Moss. I’ve always wanted that willowy look. The one where your wrists look like they are going to snap and your legs are less trunk and more delicate branch. Yep, I’ve always been dying to be thin, and as with most things I do, I’ve taken it to the extreme levels in order to get what I want.

It’s been a slog both mentally and physically. I don’t ever feel comfortable because I always feel as though I don’t look right. Inside me is a coat hanger fashionista who can shop anywhere for anything. Outside I’m restricted to shops that stock a 16/18. I can’t go to boutiques unless it’s for bags, shoes or accessories. It’s frustrating, deflating (though unfortunately it’s not my body deflating, just my mind), and big ball ache to be honest. I would just really love the chance to put on a bra without scooping up flabby boobs and tucking them. Am I alone in that? I hope not.

So, I have confessed to going a tad too far on my body beautiful quest, but what is constituted as too far? Did I achieve any weight goals on my way? Has any of it changed my life? In some ways yes. I did get thinner than thin once and it changed my life because my body has never been the same since. So in the vain hope of stopping others from making silly mistakes with dieting. I thought I’d bust open the world of quick size fixes for you, right here and now.

Back in my early days I went down the route of extreme starvation as a way to lose weight. There were a million reasons why I did this, but I was pretty successful and ended up seriously ill. I got better, which is why I can write this and the crunch to starvation is that it’s stupid and not worth dying for. Eventually you will have to eat, and whether it’s out of choice or because you need medical help, you know that you have to eat. What you have done by abstaining from food is broken down any muscle that you had in your body. Then when you do start to eat again, unless you’re weight training (which physically isn’t advisable when your thigh gap could hold a bus), you gain weight or more honestly, you gain fat. All that size returns as fat and not the ripped muscle you would like it to be. Whether you’re a girl or a lad. If you don’t eat enough, your muscle wastes away first. Fat is a storage system and stays in place until it’s called up on to heat and energize your body. It is the last thing your body sheds when you’re doing an extreme diet. So the next time you’re thinking of fasting for an event or a dress. Be aware that the 7lb you lose in that week will come back as fat, with a few extra pounds on top to punish you. Starvation is not way to go. Oh and just a reminder, starvation means not to eat. It also means that the Beyoncé cayenne pepper and maple syrup lemonade diet is actually starvation with a celebrity endorsement.

Don’t make the mistake of thinking your go at laxatives is a one-time thing. Laxatives do give instant results but are very conniving. You will start off with one or two and they will work, you will lose a good few pound almost overnight. But it only lasts for a while. Then one or two just stops working! No warning signs, just stops, like that! Its then that you decide to get a couple more and take them. It then goes on and on like this until your popping loads of the things and are more than up close and personal with your toilet.

Laxatives are bad news. Your body becomes dependent on them. When you get your head together and realise what you have done, withdrawal isn’t easy. Depending on how many you’re taking, you end up with water retention, irritable bowel syndrome, a belly that looks like a seven month pregnancy and case of constipation like you wouldn’t believe. OR, you could go the other way and totally shatter your bowel. Leading to leakage, diarrhea and the need for nappies. You know which ones, those old person adult nappies.
Either way, whether you are coming off laxatives or still in the grip of a laxative abuse cycle, all you do is think about shit. You think about when you’re going to shit, what your shit will look like and will it happen when you are out? You find yourself mapping your journeys not by pubs, like you used to, but by PUBLIC toilets. But it’s not in a George Michael way, it’s based on where you’ll get away with the smell with the least embarrassment. Laxatives as a dieting method is the devils work. Whether it is part of a more serious eating disorder or just because you think it’s worth a go, it will temporarily wreck your body. I swear to it. 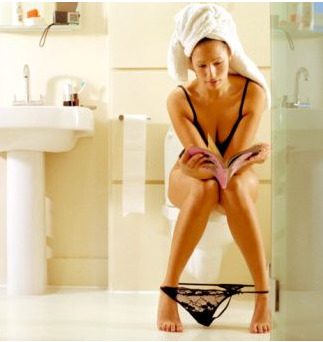 You can buy these as tablets or sachets of powder from anywhere, even the likes of Tesco. They are not a medicine and they are not a miracle. They cost a sodding fortune and they don’t work. Unless they are part of a calorie controlled diet and you can fuck that. The thing is that if I am paying £40+ on something every other week to lose weight, I don’t want to diet with it. I want the damn thing to help me change into Cameron Diaz. Complete with a surfboard, a bikini and some Haviana flip-flops. I don’t want to move and I still want to scoff Pringles like its Armageddon. So you can sod off with your metabolism promises and your frigging guarantee. We all know its bullshit and we buy them so we don’t have to blame ourselves for our terrible dieting efforts. We can just say ‘Those diet thingy’s just don’t work, I am starving myself as well (lie) and they just aren’t working” in a hysterical, yet very defeated dieting rant.

It’s ok to buy these and give them a try, but ultimately they are herbal. This generally means they are a waste of money and never going to work. Think about it. If these products came through on the promises stated on the box, we wouldn’t be living in a country that is suffering from its worse ever numbers of obese people in the population. We would all be happily chowing down on our diet foods, cheating every other day but still magically slim anyway. All in all, nothing herbal ever works, unless its cannabis and that doesn’t help you lose weight unfortunately.

By now I am sure you all know the dangers of medical slimming pills. Whether they are mixed with amphetamine or full of Guarana, they are all pretty bad for your body. Your heart, for instance is at particular risk when taking these substances. There are many people wandering around with a latent heart conditions that they would probably never know about. UNLESS they tried something like these things. Any product that medically messes with your biology and is sold over the Internet, is probably going to leave your body in a bad way. But the mental addiction to these pills is rife now also. Men and women are beginning to rely on them because they are a stimulant and therefore leave you feeling a lot more jubilant on a Monday morning than that coffee does.

However, there is an actual GP alternative to these pills. Plus it is now being sold from behind the counter at the chemist. Orlistat will set you back around £60 for a month’s supply. They basically help the fat from any meal you eat, bypass your stomach and go straight to the intestines ready to pop out. Therefore all you are actually digesting is the goodness from your food. You can’t just ask the doctor for these tablets, you have to have a legitimate concern. I wangled some from my GP a few months ago because I felt the 3 stone excess I am carrying was affecting an old knee injury. I took them, religiously and did manage to lose 10lb. But like with any quick fix, as soon as I stopped I was plus 8lb in the blink of an eye

I think if you do have a serious weight problem Orlistat is a good answer. But you should only take them if your do promise to look at and change your eating habits. They don’t work alone, you have to run along with them and you will see results. As for the dodgy, fake and downright illegal in some cases pills on the Internet, you might want to give them a swerve. At the end of the day, you could lose your mind in a speed induced psychosis and permanently have a look of crazy eyes from #OINTNB/ OR you could turn up dead (and still chubby, which is a major fuck up). There’s a reason they’re banned in the US.

I can’t say much about these, I have never tried one. But I have the seen the wreckage of a few people after they have. These lessons are probably going to maximize your weight loss if you’re doing them for 5 nights a week and for the rest of the week you live on Cayenne Pepper and skinless chicken. But as soon as you stop your fitness mission, the muscle that you might have will begin to wilt. It will become slacker than an old tramps nether regions and so will be showing your pelvic floor whilst doing star jumps. Of course make the effort and go to Insanity if you feel like it. But I can’t be bothered. You could actually just try it out for me, tell me about it, and then I will tell everyone I have been #warriorsuperwoman. But in the meantime, I will just watch from the sides with my laptop and a creamy hot chocolate from Café Nero. 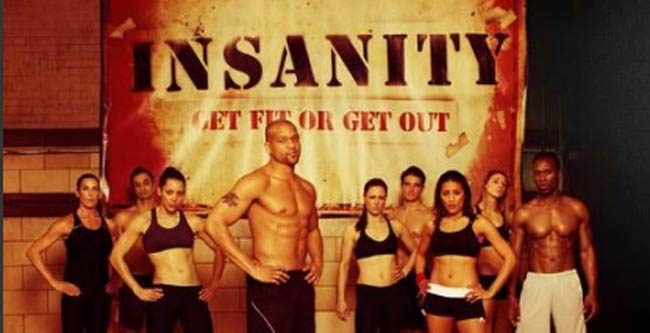 So five weight loss cheats busted wide open. Aside from Insanity I have tried and failed at all of them. I have been left with the digestion and health problems. I have been utterly addicted too lots of different pills and all in the blind faith that someone somewhere will help me out. What I have realised recently with the rise of TV shows like Botched, that everyone has something and mine is being overweight. I have taken it too far. I do regret it now and wonder what I would have been like if I’d have let it play out naturally. But I will also probably keep going and keep trying the diets that never work. I will forever be in the crappy place where I can’t eat 4 iced fingers from Sayer’s, when I really want to. But do me a favour, if you do find the simple answer, let me know please.