I’m writing this because I’ve left my phone at home and it’s trapped upstairs all day while the hall and stairs get varnished and it means I can’t do half the work I had planned today because I’m utterly phone-less. I don’t believe in good years and bad years, life is just one continuous line and nothing magical happens when the clock strikes midnight on December 31st except perhaps we turn over a mental new leaf. If I look at 2018 as a time period in isolation though,  then to say it’s been a challenge has been an understatement but loads of good has come from it too, so here’s my round up of the year. If any of you are in the slightest bit arsed.

Let’s rewind to midnight on December 31st 2017. My husband was in work, Cora was asleep in bed and I was coming off the back of an amazing Christmas period in my new shop. It had been busy but festive as fuck and I was on a high. As I looked out my bedroom window at the fireworks across the Mersey (I didn’t live in a swanky city centre apartment or anything but from my bedroom window in Kirkdale, if you stood on your tiptoes you could see about 1 square inch of the Mersey… so technically, it boasted river views), I made myself a promise; this time next year I wouldn’t be here. Not in a “I’m gonna be dead” kind of way, in a “I’m moving out of Kirkdale” kind of way. In a year or two Cora is going to be starting school (AGHHHHHHHH) and I want her to grow up somewhere where, if you google it, the first picture that comes up isn’t of a car on fire. Call me old fashioned.

I wrote a blog on my New Year goals (read it here if you want); one personal (the house move), one business related (move the shop to a bigger unit) and one for the greater good (reduce plastic use and recycle more). I’m happy to say I that technically I achieved them all but it hasn’t been easy and I’m coming off the back of this year feeling a bit deflated if I’m honest, but optimistic and looking forward to that mental leaf turn on New Years eve.

House moves fucking suck. If you’ve ever bought a house and it’s all gone super smoothly and you’ve put an offer in and you’ve moved in 4 weeks later then I hate you. Like seriously, I’ll have you a fight outside right now. I put our house on the market in the February, had an offer accepted in March and then that took until the end of July to go through. I had a offer accepted on a house we were looking to buy in the March, only to find that by May/June they hadn’t even so much as started looking for a solicitor. In the end, that, coupled with the results of the survey meant we had to pull out of that house and start looking again – the only issue is, we had to move out of our house or our sale would fall through. We had to move into temporary accommodation in Aigburth for a few months while we found somewhere new. We had an offer accepted on a house in Crosby that needed a bit of work doing to it but then got devalued twice after two surveys and it was only then we realised the scale of work that needed to be done. We didn’t complete until mid October, just two weeks before our temporary lease ran out meaning that we had to live in it while renovation work was done around us. Living in a building site is stressful and while now it’s looking less like a soggy box and more like a home, this house move has taken over my whole year and completely drained me and had a knock on effect over every other aspect of my life. My health has suffered, my relationships have suffered and my business has suffered. Moving house can officially FUCK OFF.

This year we moved our shop to a bigger unit in Rentaspace and opened the Scouse Bird Salon which has been one of the high points of the year and I’ve met some of the most amazing, talented people. Unfortunately, because I’ve had to spread myself so thinly with the house move and running all the businesses and being a mum, I’ve felt so disconnected from the shop and salon at some points and I’ll admit we have had issues with flaky tenants who were obviously only there to piggyback off the Scouse Bird brand. There have been times when I’ve felt like walking away from it all and shutting it all down. I’ve been so close. Especially when it started raining in the stock room and salon and all the ceiling came in. That was a very bad day indeed. You are the master of your own destiny though and you choose who you want to be and I choose not to be a quitter. Instead we are moving! I did a live story about this on Instagram the other day but while Rentaspace has been an amazing home for the last 18 months (and the perfect place to start off as a business by the way because the staff here offer tons of support), it’s time for us to fly the nest and get our own premises. I won’t say where just yet, I have an exciting game of hangman planned for January when I will reveal all!

It’s been a tough year for retail and beauty in general. People are spending less (apparently it’s to do with Brexit) but it’s the same story for pretty much everyone, even ASOS reported they were in trouble the other day. Knowing everyone has had a tough year is a little reassuring but it still doesn’t make the pill taste any nicer. Next year though, we will be moving to a high street location meaning we’ll have walk in customers which is something we have survived and been successful without this year so it just means 2019 can only get better and it’s important to remember the highs of the year too:

Thanks so much everyone for your support and for shopping with a local, independent business this year, I honestly love y’all so much. Have you bought your 2019 Scouse Bird Diary yet by the way? #shamelessplug, if you use code DIARY10 you can get money off…. just FYI.

My goals for next year

The other goal I had for 2018 was to recycle more and reduce plastic in the shop which I did and then some – I went vegetarian (easiest life-style swap in the world by the way) and swapped my diesel car for a hybrid. I did try vegan cheese though and it made me really sad so that’s just a step I’m not ready to take at the moment.

My amazing girls in the shop are moving on to pastures new in 2019  as they’ve both gone out and created amazing opportunities for themselves and I’m sad to see them go but so proud of them at the same time. Next year I will be looking for a member of staff to come to the new shop and help me take Scouse Bird up a gear.

The salon will have a new manager, Hannah my incredible office manager and rock, has years and years of experience in the make up industry so she is taking over the running and planning for the salon although I will still have a hand in it. The salon is moving with the shop too. We won’t be in the same building anymore but we’ll be right next to each other.

With all the above being said, my goals for next year are:

Look after my all round health a bit more, including:

Get involved in my new community and make it better e.g. volunteer to pick litter at the beach etc

I hope your 2018 has been amazing and if it hasn’t, then I hope you can take some good things from it and some lessons and make the rest of your life fantastic.

What are your goals for this year? 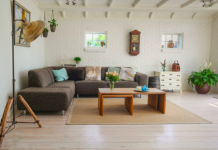