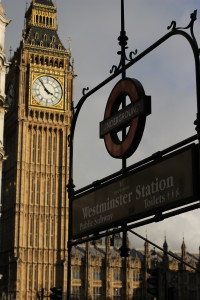 We all know that Liverpool is the best city in the world™. It’s got everything – history, culture, and the lowest population of Tories in the country. But what happens when you have to leave behind life in the glorious Scouse republic and move to the big city? Here are a few things I’ve noticed in my first six months as a Londoner, it’s time for the big fight – Liverpool vs London.

The Tube is the devil

Thoughts on the tube before living in London: fun, novel, adventurous, convenient. Thoughts on the tube after living in London: scorching demon carriage from hell. Standing up in an oven for an hour isn’t the most relaxing way to unwind after a long day at work, let me tell you. On my life, I’ll never complain about a trusty Delta (or even the number 86) ever again. That said, it does have its benefits, and the fact it runs all night on weekends now is pretty boss, I can’t lie.

Nights out are weak

One of the biggest WTF’s of life in London is the realisation that this is a city that most definitely sleeps. When you’ve built up your stamina stumbling home from Eberle Street on many a Sunday morning, the sound of last orders being called at 2:45am will have you rolling your eyes so hard your lashes come unstuck. There are a few exceptions to the 3am rule but generally this is the time London packs up and calls it a night, much to the disappointment of everyone hailing from above the M6 toll who still has hours left in them.

The obvious one – this is the comparison that everyone carries on about, but honestly it is the biggest downer. Nothing puts a dampener on payday quite like seeing half your wages instantly disappear to cover your Harry Potter cupboard slash flat. Friends at home may post pictures boasting of some vast, green spaces they refer to as ‘gardens’, but just turn the other cheek and keep sipping that £15 cocktail. The plus side to this is that when you go home everything you buy feels like a prezzie to yourself – “2 for 1? Should probably get 4 then…”

There’s never been a shortage of exciting events and fun things to do in London, but Scousers just tend to do things a little bit differently. The Baltic Market’s incredible Oktoberfest and the one and only Jezza calling the numbers at Bongo’s Bingo are just a couple of things that have had me staring longingly at my Instagram feed of late. London can open up all the craft micro-breweries/vegan pop-ups it likes, in my heart I’m longing for a night of pure cheese down Mathew Street and I refuse to be judged for it!

What people say about Londoners being arsey 99% of the time just isn’t true – they’re generally lovely people (as long as you give the suits in The City a wide berth.) And what’s even better is that it’s such a vibrant, multicultural city which means you can make friends here from all over the world. I don’t know where this rumour came from; perhaps we’re all just so spoilt by Scouse hospitality and the best sense of humour that it makes everyone else seem like mard arses but honestly, give them a chance. They’re not that bad!

Moans aside, I bloody love London in all its pretentious, purse-draining glory. The hustle and bustle isn’t for everyone and it’s not quite Liverpool and never will be, soz – but for now, I’m having a ball. In the fight of Liverpool Vs London, London is fine for a fling but Liverpool is the one to marry.

Scouser living away and feeling homesick? Here’s a load of stuff to remind you of home ❤️

7 Things You Need To Host The Perfect Games Night 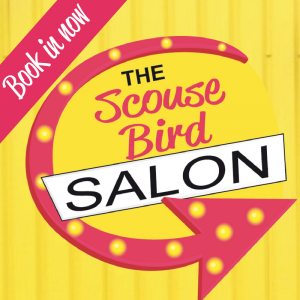