We can all a bit too critical when deliberating whether to swipe left or right on Tinder. “Cliché picture with a tiger while travelling? Left” “Is he rock climbing, there? Oh fuck that, he’ll expect me to do outdoorsy shit on a Sunday when I’m hungover – LEFT!”

What about when you finally give someone a chance and you make it to the IRL dating stage? When you’re enjoying your cocktails at Las Iguanas (The unofficial sponsor of online dating) what are your seemingly superficial signs that make you want to swipe left in real life? Here are mine:

Apparently my knickers should be getting moist whenever I see a man with tattoos and a beard, smoking a roll up. Just a couple of years ago these would be the very men that would be selling perfume out of a carrier bag in a pub but now? Well they’re every woman’s dream, apparently. If that’s your thing go for it – I personally like skinny, pale pasty boys so who am I to judge but I’m getting a bit suspect of the whole thing. In Liverpool it now seems that clubs advertise their vacancies as *Beards and Tattoos essentials – some bar experience desired*. It’s not the early connoisseur of impressive facial hair that you need to avoid, I feel sorry for the original pioneers of the look, it’s the ones that have jumped on board less than a year ago. Prime examples of this are Calum Best and that bloke from Boyzone.

Beards? Grow a personality instead. 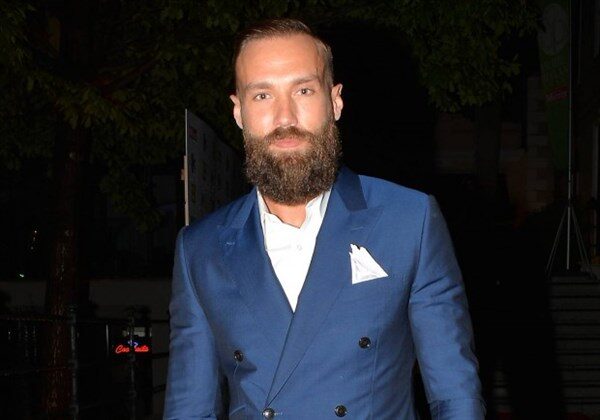 2. Men who call their friendship group ‘The Wolf Pack’

This is self-explanatory.  It was just about acceptable in 2010. Now the only ones left using this phrase are the ones who excessively retweet the Lad Bible.

3. Men who seem to think The Wolf of Wall Street was a motivational Ted Talk

The Wolf of Wall St is a classic Martin Scorsese film – it even includes an Oscar worthy performance from Di Caprio (hang in there, Leo babes – one day). However, it seems to have bred a bit of a cunt cult following online. People seem to have got confused and seem to think Jordan Belfort is some kind of idol when in reality; he’s a massive dick with skin so leathery even Katie Price would suggest using a higher SPF.

A man with ambition is a great thing but it shouldn’t be confused with a man to have ambition to be a corrupt bell end devoid of morals and integrity. No one wants to go out with someone who feels the need to post a meme featuring Leo throwing money off a boat after a particularly good day flogging a few pay as you gos at Phones 4 U.

I’m a firm believer in observing how  someone treats waiting on staff and bar staff and using it as an insight into their true personality. If they treat the person bringing them a bottle of wine over like shit then that’s how they could eventually treat you. If he clicks his fingers to indicate he’s ready for the bill then ensure that’s the only action his fingers get and SWERVE.

It doesn’t matter whether you’re a football fan or not, you need to avoid Manchester United fans with the same resolve as you’d avoid carbs the day before wearing a Body Con dress. There are certain un-datable qualities that all Red Devils of a certain age possess; arrogance, unjustified cockiness and a complete and utter lack of knowledge regarding football while simultaneously speaking as if they invented the beautiful game. The 90’s saw the red half of Manchester dominate the Premier League and a bunch of glory hunting young lads, now in their 20’s, picked them as the team they want to haemorrhage their parents bank balance with  the purchase various club emblazed merchandise. They take pride in telling people just how many trophies Man United has accumulated over the years whilst having never gone to a match given that they live in Essex and it’s a bitch of a commute.

Go for the lad who supports his local side; they may be shit but he’s seen them lose to Carlisle on a rainy Tuesday and gone back for more – he’s not scared of commitment.

If you need any further convincing, Eamon Homes, Olly Murs and Mick Hucknull are amongst Man United’s Celeb fans.

(I’m a reasonable person; I will allow Manchester United fans that are actually born in Manchester to be immune to this theory.) 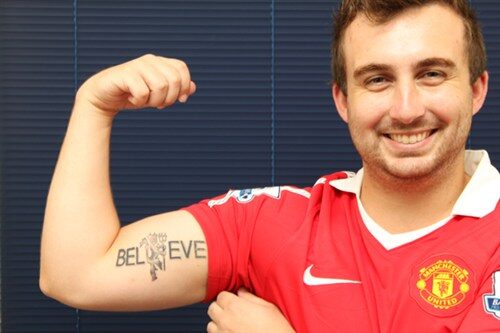 “If you go home with somebody, and they don’t have books, don’t fuck ‘em…” John Waters

I’m also wary of those whose literature collection consists solely of books with their film adaption poster as the front cover but I’ll let that slide…for now.

7. The man who posts his betting slip online

I used to work in a bookies and one thing you learn when working there, apart from the correlation between with abusive misogyny and betting, is that gambling is fucking boring. If a bloke is regularly posting a picture of his latest flutter online then declare him a non-runner and get out of there ASAP. Serial gamblers are a set of boring bastards – their addiction doesn’t even entail any amusing stories; you’re just sat bored shitless listening to the tale of when Yeovil Town let him down for £78958 on his 10p six-fold accumulator.

Restaurants – Pack it in!

12 lies you should tell your girlfriend