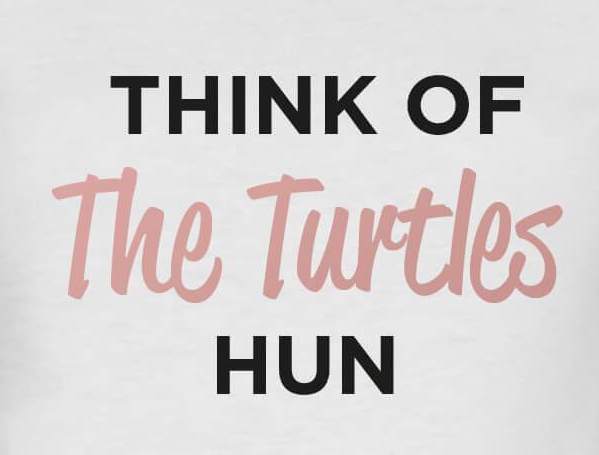 Even when I was in school I remember being taught about greenhouse gasses and fossil fuels running out. It all seemed very far out and abstract but now here we are 15-20 years later and things are just getting worse. It’s not so much about fossil fuels running out, it’s more like WE’RE ALL GOING TO FUCKING DIE! You’ve got absolute turd heads like Donald Trump running the world and he denies climate change, like he just says, “Nah, fake news that.” Well I’d rather trust in, yano, science than the man with the ginger toupé so in reality we need to do something RIGHT NOW to save the world.

I can’t think of anything in my life that has had more of an effect on people’s consciences and popular culture in general than David Attenborough and his Blue Planet 2. I don’t know if it’s just me, because I was deeply affected by it, but it seems like since then there’s been a massive shift and suddenly being green is much more at the forefront of people’s minds and that is nothing but a good thing. How can you not be affected by a baby whale dying from feeding off its own mothers milk which had been turned toxic due to micro plastics?

It can feel like it’s an insurmountable task and who knows if we’ve already reached the point of no return, but if we ALL pull together and make changes, easy changes, to our lives, all at once together – then who knows what we can claw back from the brink. As Tesco says, every little helps. No one has to be perfect and live a completely green life, but if we all do as much as we can then whatever happens in the future we’ll know at least we tried to save the world.

So where to start?

7 Little Things YOU Can Do To Save The World

We’ll start with the obvious and easiest ones. Most of us recycle to some degree but could we do more? Probably. Educate yourselves about what can and can’t be put in recycling and if it can’t be put in your kerbside collection (e.g. Nespresso pods or Tetrapack) then can it be taken elsewhere? Nespresso have a recycling service in store for example. Don’t throw away your old clothes, sell them on ebay or give them to charity. Make sure all bins in the house are sorted for recycling, not just the kitchen bin. If you’re out and about and there aren’t recycling bins around, keep hold of your recyclable rubbish until you get home. It’s little things that make the difference.

In January I mentioned that one of my New Year Goals was to go greener and remove plastic bags from my shop. We have done that now and you can either bring your own bags or have a paper bag or even buy a Scouse Bird reusable canvas tote. It’s been quite an expensive investment for me because plastic bags are so cheap to buy in but sacrifices have to be made for the greater good. Instead of having a plastic bag drawer or cupboard in your house, make sure they’re kept in your car and then you won’t run into The Asda and end up having to buy more plastic bags because you’ve forgotten yours.

Speaking of cars, the next thing on my list is to trade my diesel in for a hybrid. Sometimes dreams come true and sometimes dreams change. From the moment I set eyes on a Discovery, it became my dream car and I have loved every second of having Dante as my partner in crime and sidekick. I can’t make all these green life changes and then drive a pyaaaa gas guzzler so I’m going to ditch Dante for a Hybrid – because my new dream is that we save the world and the planet still exists for my Cora and her kids. Not to mention it’s a massive money saver – the hybrid cars use their self recharging electric batteries when driving in traffic and their fuel when driving fast or on the motorway – I very rarely motorway drive. Fuel projections for the average driver have them at being about £100 in fuel per 1000 miles! I drive about 7-8000 miles per year so considering I put about £50 a week in Dante, that’s a hell of a saving.

Small change = Big difference. If you’re like me and drinking feels weird without a straw (it protects my lippy and my teeth ok??) then just get yourself reusable ones and make sure you stick one in your handbag on a night out. We even stock them in the shop now – there’s these amazing stainless steel ones or even these rainbow beauties! Even Maccies are ditching plastic straws now to help save the world which is a massive win for the turtles and baby whales tbh.

As a population we are consuming meat on an unprecedented scale and because of this it’s pumped full of hormones and chemicals. Our grandparents and even to a degree our parents didn’t consume nearly as much meat as we do now. Our meals are all structured around it. You choose your meat first and then you decide what you’re going to have with it. Meat is the main event. Animal farming is one of the very biggest issues and contributors to greenhouses gases and global warming. Cows fart so so so much – and that’s just simplifying it greatly. I personally decided to go pescatarian because there’s more and more evidence that eating meat and dairy just isn’t good for us and we ain’t supposed to eat it – I’m not going to go on a big long rant about it because I know it’s a big turn off for people. It was a big turn off for me seeing people trying to force veganism on others – I think we all need to come to it in our own time. If you want to see the video that pushed me over the edge then it’s below. It certainly made me want to cut out meat – THEN I watched ‘What the health?’ on Netflix and I’ve now cut out fish and about 90-95% of my dairy intake too. There are so many options out there now for vegans and vegetarians compared to say 5 or 10 years ago that I swear to you, it might sound hard, but it’s very very easy and you’ll be helping to save the world. No, you won’t even miss bacon.

Turn off the playstation instead of putting it in standby mode, get energy saving lightbulbs, hang your clothes on maidens or on the line instead of putting them in the dryer (looking straight at my husband here, the lazy little fucker) and get a free smart meter from your energy provider so you can monitor your energy usage – you’ll save the environment AND save money. If you’ve moved house in like the last 8 years then you’ll probably have an EPC report which tells you how you can make your house more energy efficient – see if there’s anything you can tick off the list. You can even get free solar panels now – well I say free, you pay them off by selling your extra lecky you generate back to the board… I think. Im not an expert but I’ve had enough sales phone calls about it to get the gist – it’ll be something I’m doing in my new house for sure.

Hybrid cars are a massive improvement on your standard one but even better is to avoid short journeys altogether. Get a bike and start cycling to places – not only will you get loads of exercise and save money but you’ll have serious green credentials too. And when bikes look as pretty as this one…. well it’d be rude not to. Meet Cindy my cycle.

Imagine if everyone in the world, or half the people in the world, or a quarter of the people in the world all started doing these things. Imagine what a huge difference it would make – none of these things are massively inconvenient, they’re just simple, easy changes we can all make with minimal disruption to our lives. There’s always more we can do, there’ll always be ways we can improve but, we gotta start somewhere in we want to save the world. Think of the turtles hun.