Sexts and nudes; words your married-for-a-century Grandparents wouldn’t consider a relationship essential but the majority of us incorporate both or one of these naughty modern love-letters into our amour armoury.

Since the celebrity phone hacking scandal, nudes have been a topic of hot debate. The fear of them being spread across the internet like butter on toast is enough to make any girl think twice before snapping the under-layer happenings. We recently had some things to say on Daniella Westbrook’s sext and tell scandal and in summary, as long as it’s between two adults (and no innocent third party) then it’s not the taking part but the telling bit that’s tacky.

Your body and the contents of your phone memory really isn’t anyone’s business and with apps like snapchat practically dedicated to the art of the cheeky-quick-pic and Kim Kardashian having made a book out of them, it doesn’t feel like such a big deal to be brightening up bae’s inbox with a little boob or bum on a boring afternoon.

We couldn’t, and wouldn’t tell you how to run your own relationship. If the sexy snapchat game isn’t for you then that’s completely fine but if you are tempted to take a little off before sending it out into the digital ether, there are a few general rules we’d advise you on…

Boys pass their phones about like they’re napkins at Nandos. Getting nudes from a girl is the new bragging right. They will be shared, if not via the ‘forward’ function on the actual phone then around the table in the pub, on the lunch hour at work or in the locker room after football. It isn’t necessarily a bad thing. Chances are he’s confident you look better than any he’s been shown, and you know you only sent it because you were feeling particularly fit, so if you’re okay with being centre of his, and their, attention for a few minutes – go with it. You can always remind him that you, and the girls, will be holding a meeting on what he offers in reply. That might make him think twice. 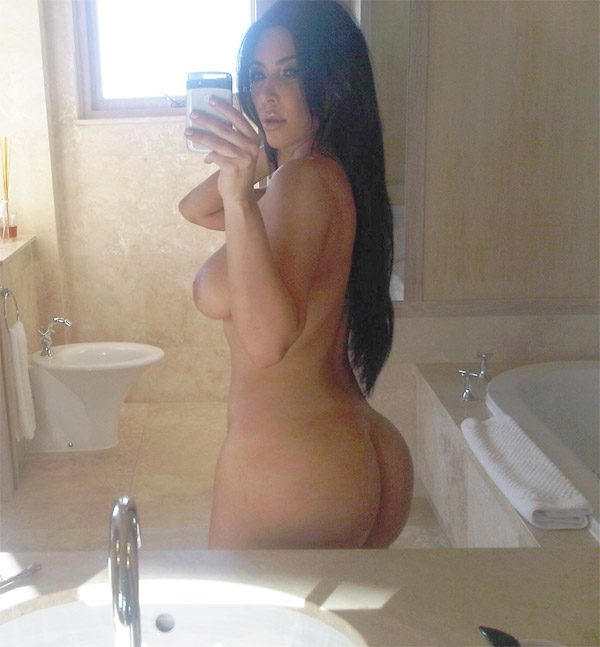 With relation to the above, think about who you’re sending them to and why. If you’re already in a mutually committed relationships pics like this can create a little spark ahead of date night, bring a much welcome break to an otherwise work-email filled day or just remind them of what they have to look forward to later. Similarly they’re a great addition to long distance or relationships were time apart is frequent. Guaranteed to get a response; it can be all they need to know you’re thinking about them. However, it is not all that advisable to be sending nudes to anyone other than a partner. Sending them to ‘potential love interests’ or someone you’re still trying to work out your feelings for or vice versa means you’re playing roulette with where your nudes end up. Yes your body might look bomb in them but is that really all you want to offer them?

Sexts are themselves something of a social minefield. What do you say without making them or you lol? When you’re in a relationship or have been texting for a while you’ll generally have a good gauge for what they’re text-type is. Cheeky texters can normally withstand a higher level of explicit content, with or without a winky face as per your preference. Shy or less forward texters may prefer a more vague or suggestive little something which they themselves can read into as opposed to having it all offered up right there. Gently broaching the subject with a ‘what are you thinking about?’ and judging their reply can be enough to see which end of the sexting spectrum your one is at. Some people just don’t know how to reply and so it’s best not to make them feel awkward if they can’t match your level of erotic emoji play. Although emojis do make a great substitute if certain words cause blushes. Sexts can be a great way to explore ideas and make plans for that evening’s bedtime agenda but if the whole thing makes your knickers cringe into a knot then here a few gentle ideas to get you started on the path to happy sexting.

‘I can’t concentrate. So distracted thinking about….’

‘Shall we just skip dinner tonight and………’

‘Really can’t be bothered with the gym, can we just work out together when I get home?’

One final note on this – the GOLDEN rule of sexting is to always check WHO THE MESSAGE IS GOING TO. Bosses, parents, kids and taxi firms don’t need to know what’s going on in your mind or your bedroom.