Home Lifestyle Tinder Timewaster: How to tell if you got one on your hands 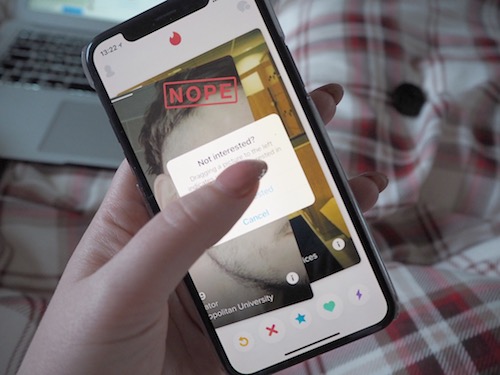 The dating game has changed. Gone are the days when it was the done thing to go to a bar, meet a gang of lads, neck one of them and swap numbers. People are pickier than ever thanks to the ‘People you may know’ Facebook feature, Tinder, POF and match.com and the other million and one dating sites out there. It’s become apparent that whilst yes, you can still try and adopt an old fashioned approach, people are much more insular, anti-social and flakey these day. During a ‘single summer’ I endured many dates and what seemed like hundreds of inane messages and I came across a new species; The Tinder Timewaster.

It’s tricky filtering out such a cheeky time thief and it takes months of experience before you can you spot them a mile off. Since you can’t very well update your Tinder bio to “no timewasters please” without looking like you’re selling a puppy or coming across as an absolute crank I thought I’d share these rules so we can all avoid the devil dick.

Tinder Timewaster: 8 ways to tell if you’ve got one on your hands

To summarise – don’t waste your precious time when it’s not reciprocated. Sex chat lines are a multimillion pound business and some of us girls are out there doing it for free. You’re not a charity! Dating is fun yet exhausting – no boy is worth losing your self-respect. xxxx