Home Beauty We tried loads of new mascaras. Here’s what we thought…

Okay, so first things first, the packaging is very JML. You know what I mean, the TV channel your nan always orders some tatt off around Christmas time? You need a pair of scissors to cut it open which is irritating and contains two separate wands; one is the application gel and the other contains the 3D lash extension formula. It promises salon quality results, an alternative to lash extensions, and while it’s easy to be dubious given the fact it looks like something ordered exclusively by nans after a few sherries for a stocking filler, it’s actually pretty good. It obviously doesn’t deliver the same results as a trip to get stennies for your lashes would but what mascara does? It instead gives full long lashes perfect for the day which lasts for hours. A bonus is the fact that although they may look like they’d be stubborn to wipe away, it actually only takes a couple of swipes of make up remover to take them off at the end of the day. So if you find this under the tree on Christmas day, don’t roll your eyes – it turns out it’s a pretty decent addition to your make-up bag.

‘Made in the USA: Trust in quality’ the packaging says. Hmmm, the nation who recently decided to trust a sexist racist millionaire who can’t even find a decent wig maker to run their country don’t exactly have my trust at the moment guys, I’m not going to lie.

But less about bad political decisions (as this is a review about mascara after all), it’s actually pretty damn good. Again, it’s two separate wands; one which acts as a primer and then sealer and then the other contains the AMPLIfiber. It’s good, guys. Very good. Dare I say it, you could even swerve the falsies on a night out and use this mascara alone for a dramatic look. There, I said it. We’ve come a long way from the days of double act mascaras being naff (looking at you Bijou giving us all tipp-ex eyes) and AMPLIfiber lash has upped the game for everyone.

IT Cosmetics – Hello Lashes 5in1

Hello Lashes 5in1 mascara by IT Cosmetics (£19) – the formula and the special ball on the brush claim to give you thicker, longer, fuller looking, amazing lashes as it includes a conditioner, primer, enhancer serum, tint & lash comb/curler.

Does it work? Yeh, it’s pretty good you know, I liked the coverage and the little ball definitely made it easier to get into the corners. I’m not sure it tinted my lashes though? Either way, it’s welcome in my make up bag – at £19 though I’d want to test the whole tube to see how long it lasts…

Herbal Mascara, ok I’ll bite. Lash Obsessed (£11 for 12ml) claim that the moulded spheres on the brush give you extreme definition, amplified volume and fullness.

Does it work? If I’m honest, not really. It felt a bit dry going on; there wasn’t much coverage and on applying a second coat, it went clumpy. The packaging is plain but classic. Bravo for doing a natural mascara BUT the overall verdict is it’s not going to make me switch brands.

Jay Manuel Beauty – The Everything

Mr J from BNTM weighing in with a make up line and his mascara is leading the pack at the moment. It’s £27 for the tube which is by no means cheap, but you get what you pay for and world famous Jay Manuel knows his stuff. It lift, it lengthens and it SEPARATES. No clumping here. I LOVE this mascara!

Update: A couple of weeks in and it’s started clumping, badly. We have to break up. 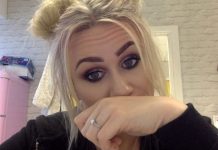 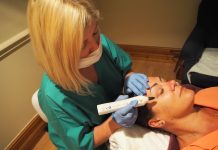