If there’s a Scouse character on telly they’re always written as the most stereotypical, annoying piece of shit going and then they get some horrendous over the top actor/actress to play them. Results in a lot of cringing and usually just changing the channel.

Ok say you do get a normal Scouse character – who do they cast to play them? Sheridan Smith or someone from Shameless. Please fuck off, there’s plenty of normal Scouse actors around. Can you at least give the local casting agencies a chance like?

3. People who think they can do a boss Scouse accent

Usually Manc actors like but there’s always some nobhead in Ibiza who follows you round for a week saying ‘curly wurly’ and ‘alright chuck’ (neither of which we say… who even eats curly wurlys anymore unless you’re on Slimming World and trying to stretch your syns as far as possible?)

7. The speedbumps on Cherry Lane

Why are they like 6 inches too wide and not rounded off enough? They make me feel stabby.

8. Getting asked to say chicken and a can of coke (and/or curly wurly) when you’re on holiday.

YOU ARE NOT SCOUSE.

Hidden answer C – I don’t give a shit.

Crocs, Toms and of course, the dreaded kitten heel. Just say no ✋

Yes it’s the place to be… for locals. You have Concert Square and Mathew Street as your designated areas. Please stay in your lane.

I mean it’s sound that we’re turning into a vibrant, multicultural city full of wools and Southerners students, but does EVERY old church, new build or listed building have to be turned into accommodation designed for mainling jagermeister and vomitting?

Private hires have saved our lives and our poor little burny feet a thousand times but as a fellow road user – they can be a little… arrogant shall we say. Alpha, Delta, Seaforth drivers, when you get your taxi licence or whatever it is you get, it’s not also a licence to drive like a tit. You do not have sole ownership of the road.

(Side note: That’s why I use Uber now. You can track them on your phone, everything’s linked up to your card so you don’t have to get cash out or make the driver take you to a cash machine and some of them even give you free sweets and bottles of water. If you download the Uber app and use the code SCOUSEBIRDPROBS when you register, you can even have your first ride free up to £15. Is right.)

15. People thinking we all wear pyjamas to the shops

We don’t do this! There’s the odd few who generally don’t give a shit about life and washing their Mary before popping out for milk and ciggies, I’ll give you that, but it is not a thing.

16. The two Liver birds on the Liverpool One advert

Good idea, not great execution. Why cast someone from Formby or the Wirral or wherever that accent is from when we’ve got perfectly good Scousers?

While seeing Alex swanning around getting papped on Rodeo drive is nothing short of amazing, why deprive us locals of Stevie G’s cute little squinty face. Why?

18. Couples on One Born Every Minute not having any teeth (and not being from Liverpool).

I swear we do have normal couples here!

Just bring it back. Come on guys.

Either 8 turn up at once or none for 3 hours.

22. Trying to get anywhere in North Liverpool on national weekend.

Yeh we really love doing a 40 minute detour just to get to B&Q and yes we’re just bitter we’re going to B&Q and not the Earl of Derby stand.

23. The Daily Mail at Aintree.

24. The fact that Derby Road isn’t a 40 zone between Bootle and town.

Come on, it’s just one massive industrial estate, let me put me foot down!

Come on, we ALLLL need tacos, even more than the people in the city centre who can just walk 2 minutes to get some.

You’re 12. Stop demanding candles for the table for your romantic date with the girl from Year 8 you’ve been trying to neck for months.

28. The Liverpool Echo turning into click bait with interactive quizzes.

Can I please read an article without having to tip toe through a minefield of ads? One slip of the finger and I’m halfway through a road traffic accident claim with a solicitors based in Chorley.

Why has every lad suddenly got long curly ketwigs that they can’t see out of?

32. Taxi drivers who refuse to take you round the 24hr Maccies by the Camp & Furnace.

33. Having to book Bulky Bob’s about 6 months in advance to collect your old couch.

34. The one way system in the city centre.

I just want to get home. Please let me get home.

35. Primark on a Saturday 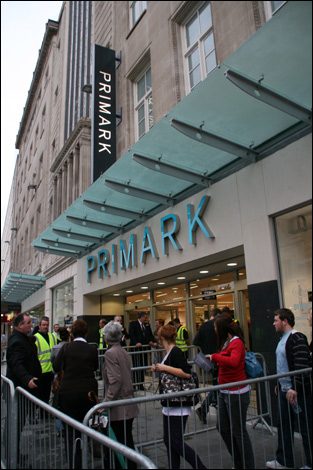 36. Buying something from Primark and seeing 83 different people wearing it.

37. When the bouncers in Eberle Street suddenly go on a power trip.

One minute they’re sound, the next they’re Hitler in a padded coat. Be sound guys.

39. London refusing to acknowledge our existence.

To be fair, getting Londoners to acknowledge anywhere outside of London is a challenge within itself but they think the North exclusively consists of Manchester. Nope. Hello?? We’re right here! And dead loads better! Manchester gots no flavour.

But in all fairness, being from Liverpool is boss and the pros far outweigh all the mild annoyances – here’s to being Scouse and proud!