Gone are the days of heading to the local disco on a Friday night, catching a guys eye across the dance floor whilst Westlife plays in the background, and watching sparks fly right in front of you. A well planned chat up line and boom a year later you’re married with kids.

Now sites and apps like Facebook, Instagram, Plenty Of Gobshites and Tinder are allowing people to give their potential ‘bae’ a digital pat down and background check even before they know you exist.

Before mobile phones and the world wide web you’d meet a guy in your local pub and if he didn’t pluck up the courage to talk to you that week, you’d have to hope he’d be there the week after. Imagine the excitement, the tension, not knowing what was going to happen! Now all you have to do is type in a few keys and you have their full relationship history, blood type and family’s secret lasagne recipe.

It must have been so exciting to actually meet someone new and not know a thing about them. A chance to actually get to know a person, and enjoy learning about them rather than judging them on one heavily filtered photograph on their tinder profile.

No longer will your mate have to walk up to someone you fancy in the club and ask “will you get off with my mate?” This is basically the start of the death of the wingman and in my opinion it needs to be stopped.
People are losing basic social skills. With the laptop/phone screen as their protection, many feel the need to over hype and over sell themselves. You’ll think you’re talking to a Ryan Gosling look a like but in reality, when you meet him, he does in fact look like Ryan Gosling.. just in the back of the friggin spoon.

Social media has allowed us to portray a life that isn’t really ours. Online you can be a Giselle-esque model goddess who’s an expert at yoga and only consumes the purest kale, goji berries that have been hand picked by blind Fijian nuns and bottled water that’s been run through the digestive system of a mystical unicorn. When in reality you’re on an all carb diet with full fat coke IV drip attached to your arm all whilst having to re-evaluate your life every time your wrist gets lodged in the sour cream Pringles tube.

So what happens when you over look all the lies, plunge yourself into denial about how amazing their life is and actually agree to go out with your Instagram crush?

Well all aboard the train to Anxiety city! This new social media wave has made way for apps like Instagram, Snapchat and Whatsapp to bring on anxiety and paranoia in a whole generation. When you had a new fella/missus and you weren’t at the top of their best friends list on Snapchat you were well within your right to start world war 3!! Or even worse, if you lost your top place to another female. Do lads have a death wish or what? Are you entering into a voluntary castration or??

The real problem came when snapchat took off the best friends feature all together! Fear of the unknown struck cranks across the country! And what about the last seen feature on Whatsapp?! If I send a message, those little ticks turn blue and I don’t get a reply within 3.5 seconds then I’m sorry but the uncontrollable wrath that I’m about to unleash on you has only been brought on by yourself.

Gone are the days of only having to worry about if your fella cops eyes on a pretty girl walking past. Now you have to worry about that damn little “love heart eyes” emoji being plastered under his Instagram pics (or worse, clicking through the likes on a girls shameless selfie and seeing his username there #rage)

This age of digital romance has made people go crazy, and in order to stay in line with the anxiety, paranoia and having to watch their every move, people are over compensating. Couples are posting ten thousand pictures a day to really show everyone just how much they are in love. When in fact, you know that in reality there’s probably just a very normal mediocre relationship behind that Mayfair filter. I mean, yeah their life looks amazing. They go on nice holidays, wear matching trainers and he sends flowers to her work, but really, take away that extra saturation, 80% warmth and double Valencia filter and they are just like every other couple.

They say the sign of a strong relationship is having no evidence of it on social media, and I believe that to be so true. If you’re having so much fun, you shouldn’t have the time to pick up your phone and feel the need to document every second of your relationship. Honestly, no one is arsed about your boyfriends new haircut, what he ate for breakfast or his bowel movements. Yeahh if you could just post pictures of cats dressed in hilarious outfits that’d be greaaaat K.Thanks. Bye.

21st century dating has become such a fickle game. It’s as easy as internet shopping. You add something to your basket, look around for something better an then mercilessly delete everything because the hassle is all to much and to be honest all you want to do is sit at home in baggy joggers and a family size galaxy bar for company.

Social media has changed the art of conversation. No longer can you exchange niceties to a potential life partner in a bar. Now it’s all about one word. “Nudes”. I mean, we’re taking a step back to Neanderthal times where a caveman would see a cavewoman who took his fancy, give her a good whack across the back of the head and drag her back to his man cave. To be honest, that’s a familiar sight in many major cities across the country on a saturday night, am I right?

Being sent a “dick pic” is literally like being in a sex education class. It’s so cold and uninviting, you’re incredibly uncomfortable and all you want to do is burst out laughing. Straight into the deleted folder you go! (not before you’ve sent it to 5 of your mates of course) I mean, what I’m really interested in is who’s the person connected to it, what are your hopes and dreams? What do you think about at 2 in the morning?
Not one woman in the history of the world has ever been impressed by a dick pic. How about trying to mentally stimulate me first? It needs to be abolished pronto please. 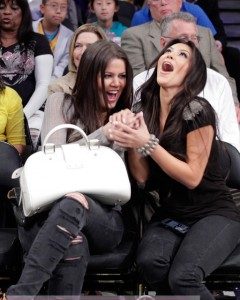 Social media has created a barrier for people to think this is completely acceptable, I mean you wouldn’t whack it out in Starbucks so why send it to my inbox? This isn’t just about men either, some Instagram pics I see of girls makes me feel like I’ve just performed a damn gynaecological examination on them. Lord Jesus of Nazareth, leave something to the imagination ladies!

We live in a free country and it’s up to you how you portray yourself on social media, but don’t moan that you meet the same gobshites when your posting incredibly provocative material. You’re worth so much more than 80% cleavage paired with a duckface. And lads, quit it with the genitalia pics, if you want an ego boost, find someone who loves you for you and not your nether regions.

Social media has not only been a way for relationships to blossom but also end. Apparently Facebook is now cited in a third of all divorces. A common opinion is that it’s become so easy to cheat by using sites like Facebook and Tinder. But in reality it isn’t social media at all. Its the person . Don’t use social media as an excuse as to why you’re being a downright filthy animal.

Maybe dating has changed forever and social media dating is the way forward. Maybe it gives people a chance to meet someone they would never have had the chance coming across normally. Alternatively it could just be taking the fate out of everything and creating a vain generation obsessed with image and a certain perception.

In conclusion, the easiest way to have a fulfilling, honest and loving relationship is keeping it offline.