16 Things We All Remember from 90s Liverpool 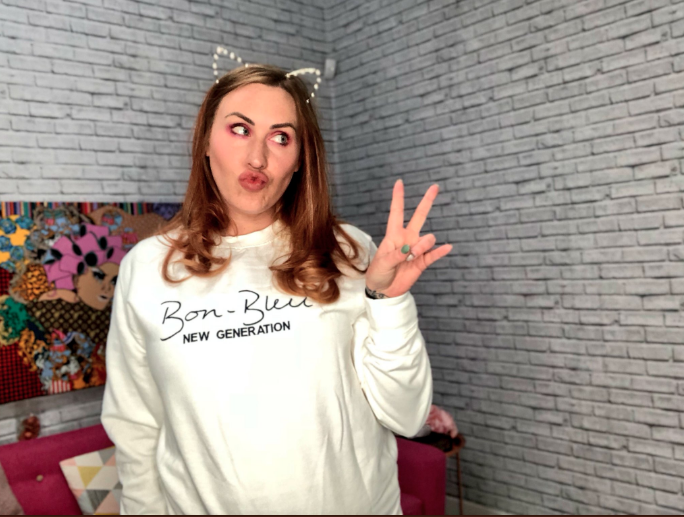 Somebody lash on some Cast or Lightning Seeds, we’re going back to 90s Liverpool!

For anyone who was around back then, you probably remember that 90s Liverpool was a pretty grim place. Going past the end of North John Street was like falling off the edge of the world. Chavasse Park was just a massive hill full of goths with pentagrams shaved into their heads.

But it wasn’t all doom and gloom. There were loads of amazing, fun things to do, see and… well, drink… in 90s Liverpool. Let’s take a trip down memory lane… 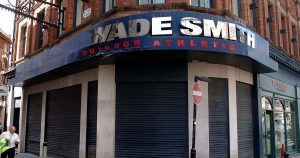 Getting the bus into town to buy yourself a shiny new Nike hoodie from Wade Smith was like a rite of passage. Fighting through swarms of school kids to revel in (what felt like) abar 13 floors of scouse approved designer wear, just to be first out of your mates to get the new Reebok trabs. Am I off my head or do I remember there being a climbing wall in there too? 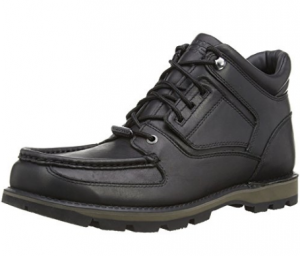 Scousers take a lot of pride in their appearance, so bankrupting your ma into buying you a pair of Rockport for school was the norm in 1995, probs cause they were the closest things to trainers you could get away with wearing without being fumed at by your teacher.

The current scally uniform consists of all black waterproof jackets and pants (even when it’s cracking the flags) finished off nicely with a ket wig, but 90s Liverpool was all about bright Helly Hansen and North Face coats in a rainbow of colours. I imagine they adopted a black uniform later so they could FTM more discretely – it’s hard losing the plod in a hi-vis vest after all… 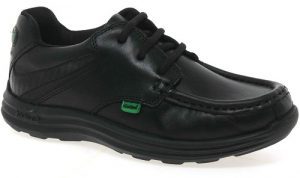 90s fashion loved big fuck off clumpy shoes, and if your Mum couldn’t afford a second mortgage for those Rockports, there was always Kickers (or if they were really skint, POD). These clumpy bad boys were another school favourite- and you had to leave the massive red or green suede tag on them too, just so no one thought they were blag. 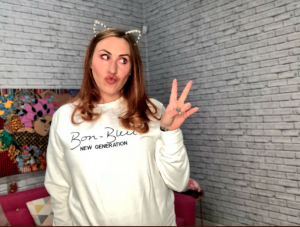 Bon Bleu trackies were like the Juicy trackies of 90’s Liverpool. You’d have each trackie in every single colour they made it in- one for every day of the week, and paired it with some blindingly white Ellesse trabs- fit. If you didn’t get a new Bon Bleu track and a Morgan De Tai school bag then you were no one, and I mean fucking NO ONE. 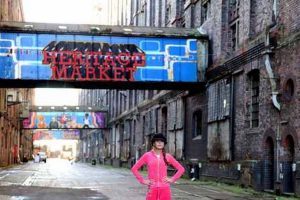 Ahh the Heritage Market. A massive disused dock warehouse where you could buy pretty much anything- Knock off clothes, sweets, video games, the lot. Not forgetting the fella outside who used to auction off meat wearing a microphone out the back of a lorry.

On a night out in 90’s Liverpool, you used to be able to go out with £20 in your purse and come home bevvied, with change. Liverpool still boasts a number of boss pubs, but I reckon there’ll be a McCooley’s on every street by 2020. Who remembers The Norwegian Blue on Bold Street, or The Old Monk on Hanover Street? If you only remember that place as the Barracuda, or Varsity, you’re too young. 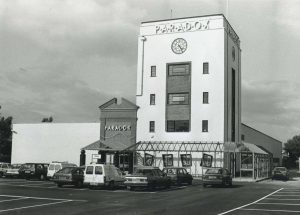 Clubbing culture in Liverpool peaked in the 90s- no club in town today could rival Cream. 90’s babies still mourn The 051, and who could forget The Paradox in the middle of Aintree? A boss little night out that didn’t mean trekking into town and you’d probs get in without getting ID’d. It closed sadly in 2001 after the locals finally spat their dummy out about the noise (rude). 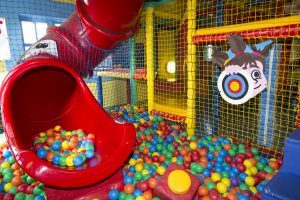 The biggest worry of every kid growing up in 90’s Liverpool was the day they were too tall to get in the Wacky Warehouse. Soft play just isn’t what it used to be– the Wacky was the lawless land that health and safety forgot. It was the only place worthy of holding your 8th birthday party, while our parents got smashed next door in the Rocking Horse. 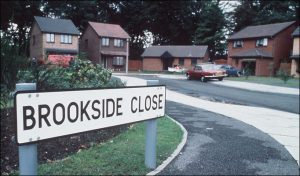 90s Liverpool’s favourite TV show. There was never a dull moment on Brookie- from bodies buried under the patio to that weird storyline about the Ebola epidemic. As well as the dramatic storylines, Brookside marked a massive turning point in British telly, being the first British soap to feature an openly gay character, and the first of UK television to feature a pre-watershed lesbian kiss. 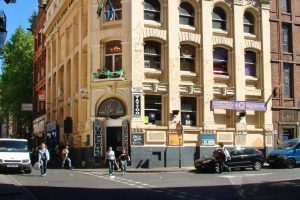 Yeah, Quiggins kind of lives on, in Grand Central on Renshaw Street- local haunt to all those kids with various coloured fringes that hang round Chavasse Park. But the REAL Quiggins was on School Lane in the 90s. You could get a tattoo (underage) for about £15. You’d lash Nirvana on the juke box and then spend hours mooching round the moody stalls, coming out with 4 Grin bags full of offensive slogan T-shirts and a red hair streak. 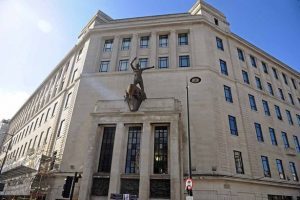 Two massive department stores from 90s Liverpool that are no more. I’d go to George Henry Lee’s after shopping with my nan for a cuppa at their little cafe that served those fit teacakes, and a Christmas shopping trip wasn’t complete without visiting their fab Grotto. George Henrys Lee’s became part of John Lewis and moved to Liverpool one- and as for Lewis’s, Dickie Lewis and his big willy still haunt the corner of Ranelagh Street with that statue as a weird little memorial – you can even buy a coaster of him from our shop yano. 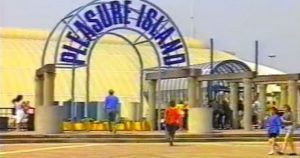 Pleasure Island on Otterspool was the destination of about 70% of our school trips. It always felt like it took YEARS to get there by coach even though it was only down the road. Your teacher would encourage you to have a go at some of the mad scientific experiment activities, but all you’d be interested in was conquering the “death slide”- that big fuck off blue one in the indoor play area- or getting to the Quasar for a laser battle with your mates. 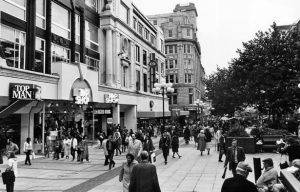 90s Liverpool was all about Saturday shopping trips- it’s mad to think that nowhere used to trade on a Sunday. The C&A on Church Street was a favourite of Liverpool shoppers during the 90s- Clockhouse for the younger generations. You can still shop at C&A- if you’re willing to go to the Netherlands. It’s still massive over there 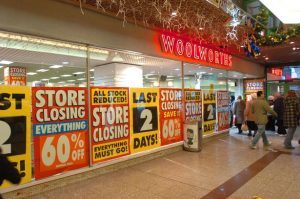 It was a sad day when Woolies went- it was the place to go for all your back to school stationery, CDs (or LPs if you’re that old), and their boss pick and mix- it’s just not the same from B&M or Wilkos. Pick and mix theft was probably one of the main contributing factors to its financial decline and eventual closure in 2009. Soz.

Quarters still has a little shop in Clayton square, but I doubt it still stocks these bad boys… 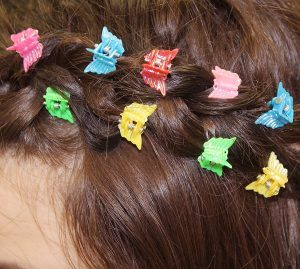 You could go to Quarters and blow your £2 pocket money and come out with 3 carrier bags full of glitzy girly essentials – hair bands, tattoo chokers, and that god awful tooth gem trend. To be fair, if Britney says tooth gems are a thing, then they’re a thing.

Which of these 90s Liverpool moments do you remember most fondly? Let me know with a comment, and tell me any that I’ve missed!