Before I begin, here’s a disclaimer; I’m not scouse – I’m a wool. However, I’ve lived in Liverpool for the past 7 years, my brows are en pointe and I’ve snarled kitten heels since I was old enough to snarl so hear me out. Recently there’s been a surge of national sites doing really shitty ‘Things Scousers know to be true’ and I don’t think I can read another crap list with dated Brookside references (It would be boss if Tinhead & co came back though.)

Between me and my (Scouse) friends we’ve compiled our own list of things Scousers actually know to be true. 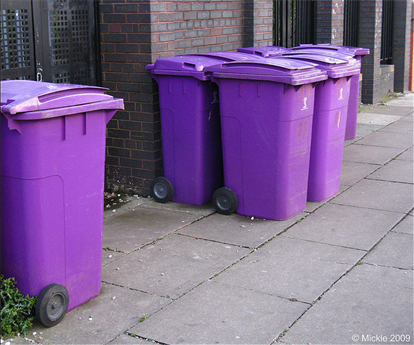 2. Speaking of purple; you know who Purple Aki is.

3. You strongly believe that The Races should be an official holiday for Scousers and any employer that doesn’t give you the day off for Ladies Day should receive a fine.

4. You don’t care that The Daily Mail slags off Liverpool at Aintree Races – you’re in trouble if that rag of a paper likes you tbh.

5. If someone says they’re “from Merseyside” then they’re from over the water and therefore a wool.

6. You know who Pete Price is and you most likely think he’s a bit of a whopper who would sell his soul for a free plate of chips & a picture with Ray Quinn.

7. Having Pete off on the radio is an acceptable extra curricular activity.

8. Scousers take regional colloquialisms to another level – soz aba you if you don’t know what arlarse means.

9. You’ll cringe whenever a Scouser is on the TV. That series of The X Factor with Chris Maloney was a particularly tough time for everyone.

10. The Met Quarter toilets are the best kept secret in town – swerve paying 20p to have a wee in Liverpool One when you’re caught short while shopping.

11. You’re only ever six foot away from someone who was/is an extra on Hollyoaks.

12. Outside of Liverpool, North Face is a prestigious brand that the middle classes like to wear for their weekend walks. In Liverpool it’s the uniform of the scallies that hang outside St John’s with their hands down their pants. Bonus: This makes posh people from outside of Liverpool fume and it’s hilarious. Almost as funny as when chavs ruined Burberry for all the snobs.

14. You’ll call Concert Square for everything but as soon it’s above 5 degrees in the summer you’ll always find yourself spending the day drinking pitchers outside Modo.

15. “Take one for yourself” means “Take 20p” – not literally take a drink for yourself. (This happened to my friend’s dad when he visited London and the barman treat himself to a Gin & Tonic from the change!)

16. You’ve been told off by your mum for calling The Slug & Lettuce ‘The Slag & Lettuce.’

18. Snarl lines are a real thing and mean you have to consider botox before 30. Sly.

19. You lust over Mark Melia dresses and get jealous when you see 16 year olds wearing him for their school prom. Lucky brats.

22. It’s Home & Bargain, not Home Bargains. That’s what it used to be called and we don’t take kindly to change and all this new fangled language. Starburst will always be Opal Fruits and I will never put ‘Cif’ lemon on my pancakes either.

24. Some may want to imply that Scousers are racist after the support Luis Suarez got from LFC but, from my experience, the only severe discrimination that goes down is towards kitten heel wearers. When hen parties totter around Mathew St in their one inch heels then we do start considering border control to keep them out of the city.

25. You wish all the aforementioned tacky hen parties would fuck off to Blackpool instead or at least stay in designated areas like Concert Square. I saw a bunch of Pink Ladies on Seel St the other week – they’re branching out.

26. Slag off Popworld all you want but after some ill-advised after work drinks on a Monday night you’ll find yourself wrapped round their pole and demanding the DJ plays the 5ive megamix next.

27. You got pissed off when anyone suggested that ‘the ugly ones’ from Girls Aloud and Spice Girls were Scousers. They’re wools. And actually fitties so shut up.

28. You know that all the police raids at clubs across the city at the moment are a load of bullshit and actually sod all to do with ‘The war on drugs.’ If 140 police officers storm The Raz to seize a packet of baccy, half a bag of Mkat and some beak residue on twenty pound note then I’m off.

29. Koka Noodles are a pre payday staple and a kitchen cupboard essential. Fuck off with your Supernoodles.

30. It’s a job requirement of driving a Delta that you lie to students and wools about having gone to school with either Wayne Rooney or Steven Gerrard. From my experience of getting taxis in the past 7 years, Steven Gerrard is still in contact with a lot of his school friends and all of them seem to be cab drivers. Lads, I’m a wool but you can’t pull the wool over my eyes.