Regrets. No matter what anyone says, we all have them. Even if you get a tattoo saying ‘No Ragrets’ – you’re fooling no one. 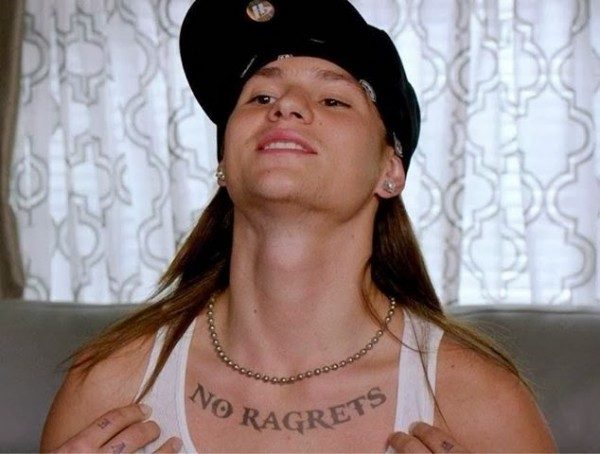 On a recent Netflix binge I came across Eat, Pray, Love. It’s a film I have avoided to be honest; I’ve been opposed to the whole ‘find yourself’ mantra dubbing it as a bit cheesy but lately I have been feeling a bit lost. Actually I am so aimless I might as well be an extra in the film Castaway, so I thought ‘fuck it, watch it and see what happens’. I had a bet with myself that it would be twenty minutes before I got pissed off with Julia Roberts. That lippy smile, long hair and flat stomach was fine in Pretty Woman when I was fifteen but now she can fuck off.

I started to panic a little, I mean I love my husband and my kids are my life’s work. I shouldn’t take comfort in the thought that I could easily walk out of my house, dog on lead and hot foot it to Speke to get the next plane to Spain, France, Italy or Fiji (Anywhere as long as it’s not here) should I?

I had kids when I was very young. I stand by the old saying that ‘I wouldn’t change a thing’ but, in a world where women can literally do anything they want to do without anyone seriously opposing their plans of world domination, I can’t help but wonder what I would have done had things been different. Is there anything I missed?

I never went on a girly holiday

I know in the grand scheme of things this isn’t THAT important. But I watched my sister and friends go away and always wished it was me. The problem was, that even if I could have found a babysitter (WAS NEVER GOING TO HAPPEN), I couldn’t have left my terrors for longer than it takes to have a long bath. I tried it once, I went on a work ‘bonding’ weekend on a Friday and I was back watching Pop Idol at home on the Saturday with my tail between my legs. I just felt like shit. Not from guilt or anything, just that I didn’t know who to be when they weren’t in need of me.

I could possibly try one now I suppose. But I am pretty sure I won’t be running on a beach in San Antonio, holding a glow stick in one hand and a Vodka lime & lemo in the other. For one, I would get arrested for indecent exposure and my stomach would need its own sunbed. Two, there may be a chance that I could run in to one or more of my eldest sons whilst strutting in my bodycon, and no child deserves that.

I didn’t get to be a real student.

I went to University when I was 27. I was a single mum, I had to work part-time and I was always in a rush to get everywhere. I made friends whilst I was at Uni, but while they were enjoying the spoils of being carefree, I was arguing about maintenance, peddling for minimum wage and scrounging bog rolls from the pub I worked at when I couldn’t afford them at home. I hated my office job and one day just said ‘fuck you, I’m off’ and at least I went but my small flirt with the wild side came at a price and I didn’t really enjoy the University experience as much as someone who was younger and less burdened would have. I used to sit in the Uni bar at lunch telling everyone funny tales about the pubs that I worked at during the weekend. They thought it was hilarious. But I was the only one who actually fell asleep during lectures because I was tired and not bored. While they were out partying until 4am I was up until 4am doing uni work and dealing with two little men covered in custard creams and Doritos. It was worth it in the end. But fuck me it was hard.

I can’t reminisce about my exes from when I was younger because they’re still bloody here!

Usually, you get your first boyfriend and break up with him. Then you file him under ‘first love’ memory in your head and move on with your life. Then you get your first REAL love and break up with him. You file him under ‘Revelation: I now know what love is’ and move on and get on with your life. My mistake was that I had kids with both of them (my kids aren’t mistakes, just the gobshites I had them with). I can’t file them anywhere. All the memories I have are tainted with arguments about school uniforms and who taught whom how to say fuck or shit. I can barely remember the relationships at all because water under the bridge has drowned the memories. When looking back I don’t get a dreamy, nostalgic look on my face, instead I look like I’m sucking a lemon. 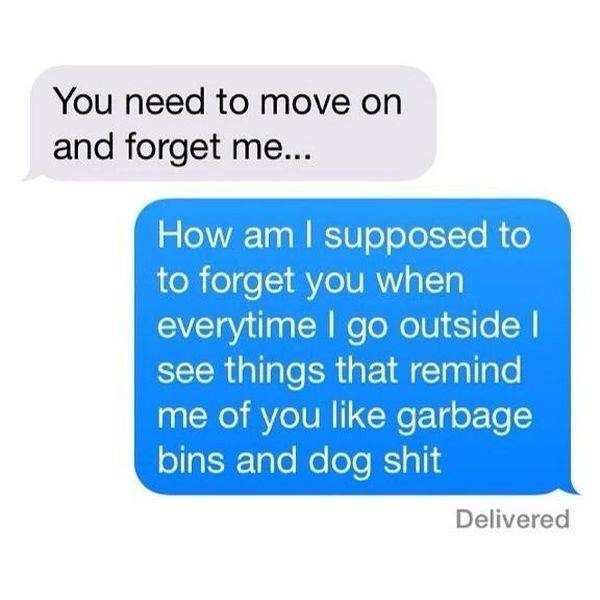 I didn’t have a big wedding

At the time, this didn’t bother me at all. When I got married there were six people in the room including my Husband and I. Perhaps I would have liked to have been a prinny for the day. Perhaps I would have liked all the fanfare with bridesmaids and my kids dressed up like Prince George at a photo call. The trouble is that I can’t go back. Yes, I could re-create the day and have a renewal of our vows, but the pictures are going to show me heavier and older. Plus what’s even worse is that with age my Husband has got MORE attractive whereas I’m lagging behind him like a grab-a-granny at the Grafton club back in the day.

I may not have had the dream wedding, but I have a bitchin’ marriage, so I can’t complain at all really. 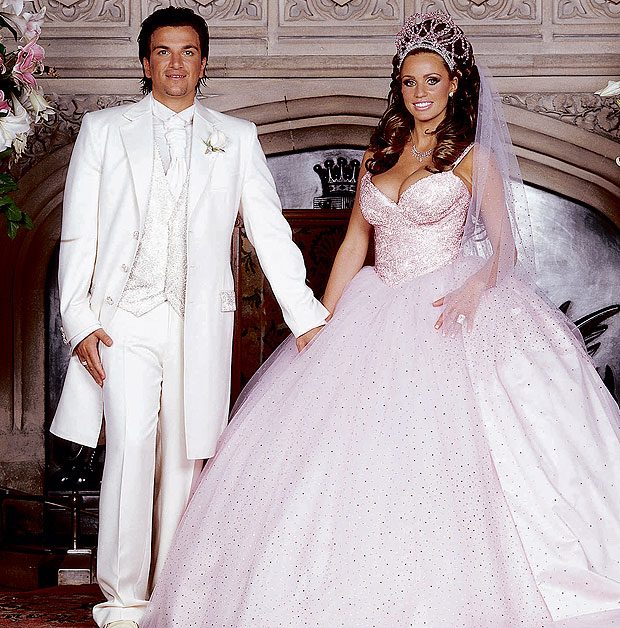 I had jobs and plenty of them. I worked for big companies, I have qualifications tucked in my pocket and I did ‘alright’ for a single mum who was basically a kid. I spent ages working my way through places and then getting promoted and had a good wage most of the time. It was never enough to raise the kids, but it was functional. My problem was I never had any ‘career girl’ knickers to wear. I would spend all day counting the hours ‘til 5pm. At more than one point I had two jobs and balanced day and night shifts, but I never had any passion for anything. Everything I did, apart from Uni, was dull, eventless and nowhere near inspiring enough to fire me up.  I often wonder what would have happened to me if I would have gone down the career route instead of becoming a human grow bag? 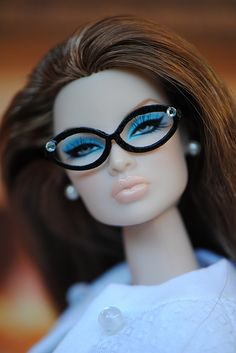 Writing a list of what I haven’t done seems pretty depressing but it’s made me realise how many things I have done; albeit a little different from the ‘normal’ life route. I’ve seen pretty much every side to life. I’ve been a Mum, Wife, Sister, Friend, Piss head, leg over, good laugh, book worm, counsellor, taxi driver, wedding planner, psycho and a couch potato. I’ve been arrested, I’ve won a custody battle; basically I have lived. In hindsight there’s definitely things I wish I could have done but really, YOLO and I may have missed the boat. My advice would be to take every opportunity that comes your way and squeeze every drop of living out of the only life you’ll ever get.