Scouse Bird Problems – The Ugly Truth About Pregnancy And Motherhood

Kim Kardashian is pregnant again and the whole world took time out to retweet the announcement and offer congratulations with happy emoji’s. On the other hand, I pondered what this would mean. Would we be treated to more of her wonderful (i.e. bit iffy) pregnancy fashion choices? Would Kanye advise her to do an intimate, but tasteful vaginal birth photo shoot? The possibilities are endless, and everyone will be dying to watch it play out.
But, as I thought about Kim and her status as a celeb mum to be, I started to wonder about other, more normal pregnant ladies. I wondered what advice I would give to them and to Kim; having had three kids myself. Then I thought maybe every woman could do with certain truths about motherhood and pregnancy. People have often said I should offer my services in schools to deter teenagers from getting knocked up. But I don’t think I’m that negative, I’m just honest and realistic. So, I’ll let you decide for yourself. Take a look at 5 of my truest truths about motherhood and being a mum-to-be.

1. The Pregnancy Glow is a myth.

When women are pregnant, they do not glow. What they do is vomit, bloat, hate, and sweat. Pregnancy makes a reasonable woman turn into a swollen neurotic nightmare. Take for example, a small rumble in your stomach, should a pregnant woman get this, she will be hot footing it to the nearest GP demanding a scan to make sure the baby is ok and hasn’t been harmed. Routine blood tests become catastrophic nightmares where even an anesthesiologist can’t find a vein. Plus weigh-ins at antenatal appointments are scarier than Katie Hopkins at a Slimming World convention. By the time you’re 8 months gone you’ll have fed from every fast food place in Merseyside, look like an inflatable paddling pool and have no eyebrows (tattoos aren’t advisable when pregnant.) Your once highlighted, extended mane will be limp, straggly and mousey coloured. Not brunette, not blond, but resembling a murky river on your head. Your gums will be bleeding, your bladder will be like a bag of marbles and the only physical contact you’ll have with your man is when he hoists you out of the bath or from the couch. BUT, it’s all worth it for that bundle of joy isn’t it? 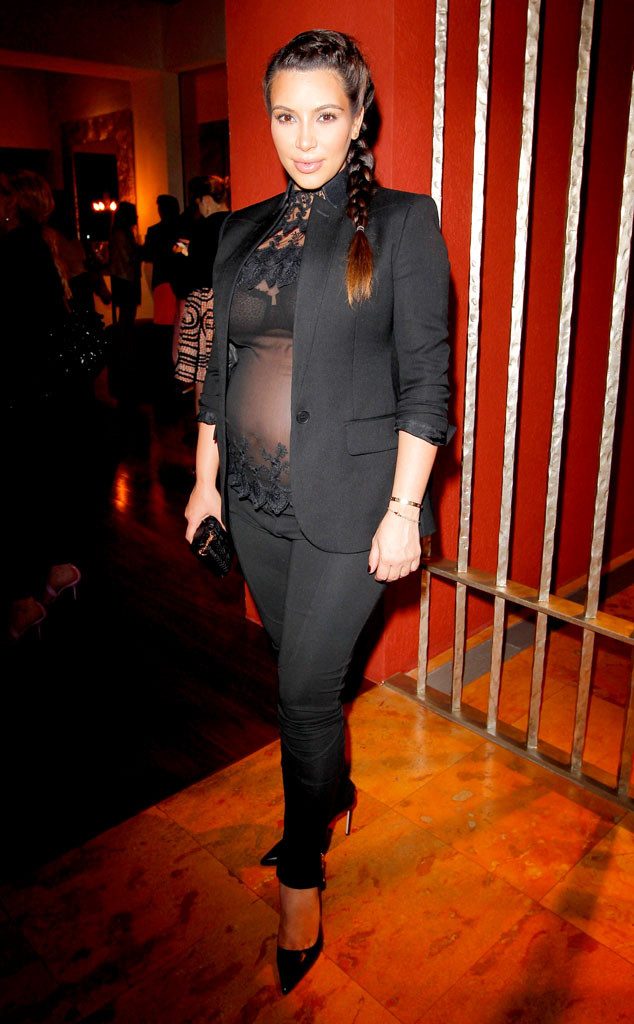 It’s a well-known medical fact that squeezing a baby from the inside of your body to the outside of your body is painful.  Most women like to have you believe that you forget labour pains after the event, and for some it may be true. However if you have opted for a birth without an epidural, then that shit really hurts. I had Pethidine when having my eldest son. I was a gym slip mum and no clue what to expect. All I can remember from the moment I had the injection was delirium and that there were a lot of people I didn’t know looking at my vagina. I left that delivery room with my new baby and a distinct suspicion that his father, who is one of my many ex’s had actually sold tickets to my pelvic floor show. I sat on frozen peas for days and whilst the drugs did help numb the pain, I felt like I had been down the rabbit hole, or had a bad trip on LSD and was left with a very tetchy baby.

With my second I opted for a more holistic approach and just had gas & air. Six hours in when his father, another ex, finally turned up pissed after a pre-birth celebration, I welcomed another baby. He was near 10lbs, had a head like a bowling ball and body the size of a rugby player. The gas and air was good and all that, but I will never forget the pain of him squeezing through my girly bits because he had a pair of shoulders like a house bricks. I held him afterwards and the midwife said ‘Are we breastfeeding?’ To which I replied ‘You might be, but I’m not, so you had better get me a bottle.’ God bless Liverpool Women’s Hospital for how they helped me around.

Number three, and with the third father (not an ex this time, my Husband) was a much easier affair. He was early, only 6lb and basically my cervix was ready for anything after number two. A couple of hours and a good 15 minutes of pushing, he just slipped out. I had a little gas & air mainly for kicks. But it wasn’t really that painful. Though my measurement of pain had changed somewhat and to be honest, after giving birth to the baby equivalent of Evander Holyfield, I could take on anything.

Anyway, the point is labour hurts and once your pregger’s, unless you can find an excuse to demand a c section from a reluctant NHS, you’re doomed. So suck it up, stick them up and get pushing. 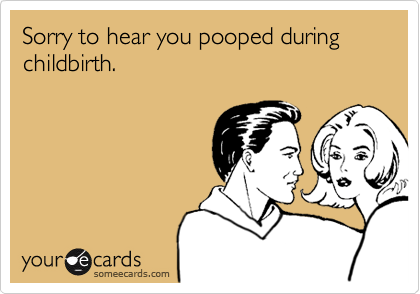 3: Motherhood is not a natural ability

Even self-confessed Earth Mothers are not naturals at mothering. They say they are, but its bullshit. It’s on the job learning from the moment they give you that first kick in the womb. You can pick up tips from your own mother. But if she is anything like my mother, you’re probably better to develop some DIY techniques. Sometimes you will go and visit a friend or colleague that has recently had a baby and they will be sitting there looking perfect with a latte in one hand and a breast in the other. However, as soon as you leave that house, they will put the baby down in its crib, go into the kitchen and scream. Behind the scenes all new mums and old mums are frazzled, stressed, incoherent and passive aggressive. They’ve had no sleep and don’t know why the sodding baby keeps crying. There is the odd one that pops up as a real heroine, but usually she is the one that was savvy enough to return to work as quickly as possible and put the baby in daycare. Its hard work, it’s brutal on your body, you look like a bag of shit and you feel like one also. There are also no prizes for it. Yes you get your lovely baby, but all those people that turned up for the first two weeks with presents and promises. They just piss off and leave you to it once the novelty has worn off. In my case, not only did they sod off, but two out of three fathers went with them. Where is the fairytale in that I ask you? 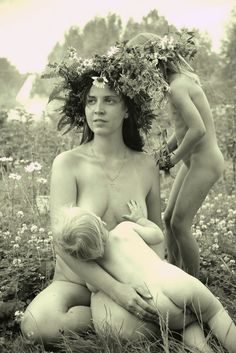 4: Postnatal depression is an illness, but is not caused by failing to lose your baby weight.

Personally I have an extensive knowledge in Postnatal Depression, but that’s a whole other long story. However, lately it’s become somewhat of an epidemic. The thing is most women don’t feel great after pregnancy and birth. Their bodies have changed and their lives are unrecognizable. They might look in the mirror and think they are hallucinating because of the woman staring back at them. They will cry over the most menial things. I cried with baby number two because he was jaundice and someone had put him in a yellow baby suit. I walked around wailing ‘He looks like La La from the Teletubbies’ for around two days. I also cried because my slippers went missing. I was hysterical over visitors bringing lager for his permanently pissed Dad and then finally banned everyone from the house for a few weeks. You can act a little crazy, and people might be giving you a sly look here and there. But you don’t need to panic, that’s all perfectly normal. Obviously you should seek treatment if you start seriously thinking about throwing yourself into the Mersey or other people begin to genuinely worry about your mental state. But for the most part, postnatal depression is just a brief touch of the baby blues. If you feel at odds and not good enough, you’re not alone. But take this advice, midwives and health visitors may encourage you to join baby groups. If you go to such places you will be swamped in middle class ‘earth mothers’ that breastfeed on tap and wear long skirts with purple eye shadow. They will all seem like professionals and you will feel worse than you did already. The secret behind there upbeat boho approach to motherhood is one bottle of expensive wine per day. They are fine because like with baby daddy number two, they are pissed. It’s a fact, I promise you.

You get past the birth. You go through the first year. You get to school age, double figures, teenage and then adulthood. Then you think its job done. Don’t be an idiot, your job is NEVER done. They hang from you like fur balls on a cat. You never get away from that screech ‘MUUUUUUUUUMMMMMM’ and you’re always going to be cleaning up mess. They cost a damn fortune. They never say thank you. They get to teenage years and barely say anything at all. They hate your cooking, they find you embarrassing. They lie, cheat and scheme against you (even if it’s just to sneak a Mars Bar from the kitchen). They make you paranoid; you will question your mental health more than once. They leave problems at your bedroom door (literally, written on little notes of paper.) They don’t help and they have huge chips on their shoulders. They think they are doing you a favour by being your child and they never cease to make you cry. They never answer the phone. They make you stalk them and they never give it up.

But then, they make you laugh. They give you Mummy cuddles (even at eighteen.) They make you proud. They make you cry with happiness. They send you nice notes on Facebook. They are your favorite topic. They validate your life and you couldn’t imagine a world without them. 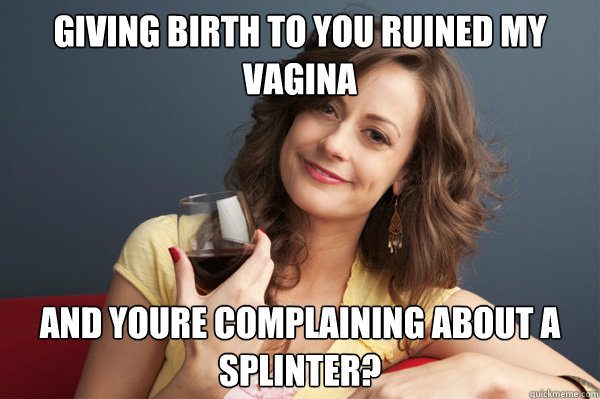 So on reflection, my advice to Kim KW and all the other would be, could be, should be mums out there is go forth and multiply. Enjoy them while they are little and try to keep them out of prison when they get bigger. Once you have had two, you might as well have ten because you’ll never be the same. Just try and keep an eye on the size of your unborn, because you don’t want a WWE wrestler as a newborn, trust me.