Ahh, Christmas. A time for giving, spending time with loved ones, and – in my case – thinking of all the things that have pissed me off this year that I hope will stop pissing me off in 2016. Without further ado (because it’s quite a lengthy list – you’ve been warned), here’s my list of Things To Leave in 2015.

Usually written as a caption to one of the following stupid pictures on Instagram: matching Rolex watches, a white Range Rover parked next to a white Audi, or, most bizarrely, a girl cuddling a giant stuffed bear (soz, is she in a relationship with the bear? Isn’t that some kind of fetish?) I’m all for enjoying the finer things in life, but here I am just struggling to find a boyfriend who texts me back and doesn’t like other girl’s selfies. Can we all just be a bit more realistic?

In fact just ‘goals’ in general – ‘Relationship goals’, ‘bae goals’, ‘squad goals’. STFU goals. Goals should help your mind, body and soul grow in a positive way. They should have a positive effect on not only you but people around you and the world as a whole. The fact that you want matching Nike huarache trainers with your ‘bae’ (who is most definitely liking other girls selfies on insta, soz) should not qualify as a goal.

2.  Girls Saying Thank You For Dresses They Have Bought

This obviously started with celebrities and bloggers getting sent things to endorse on social media, but now there are regular girls all over my news feed posing in their Saturday-night attire with the caption ‘New dress, thanks Celeb Boutique’. WHY ARE YOU THANKING THEM WHEN YOU HAVE GIVEN THEM MONEY? And what on earth is next? ‘Thanks Asda for my loaf of Hovis’? ‘Thanks council for my empty recycling bin’? Get a grip, girls.

3. Forever Living and Juice Plus

I’m all for independent women makin’ dat paper etc, but if I have one more ‘business owner’ or ‘entrepreneur’ add me on Facebook to try to flog me their shit then I am going to lose my mind.  You’re not an entrepreneur; you’re a nuisance and that’s probably why your friends have stopped answering your texts. 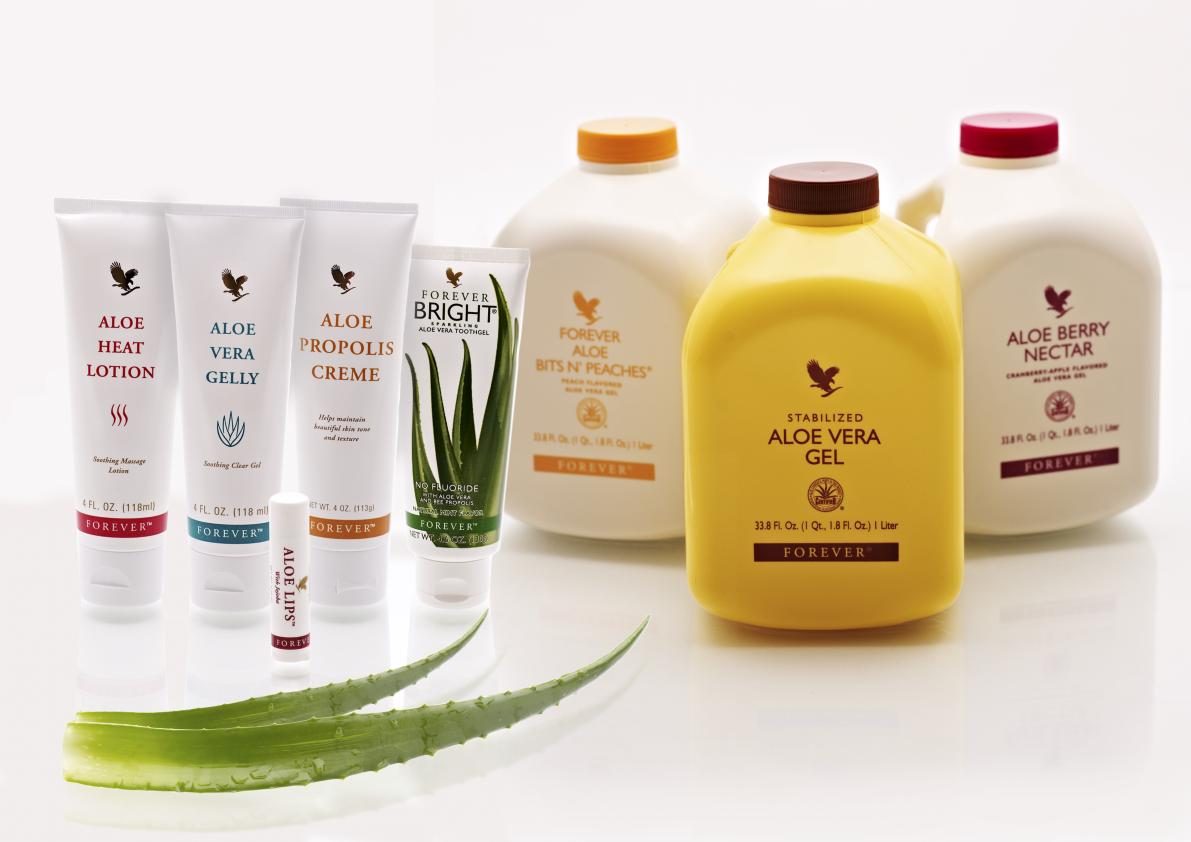 Yes, Justin Bieber used to be a bit shit and now he’s released some songs that are alright. Or maybe you always thought he was good. Or maybe you still think he’s shit. Whatever your opinions on Biebs is, I AM OVER HEARING ABOUT IT. That ‘can’t believe I’m a Belieber now lol’ picture doing the rounds must stop, it simply must. 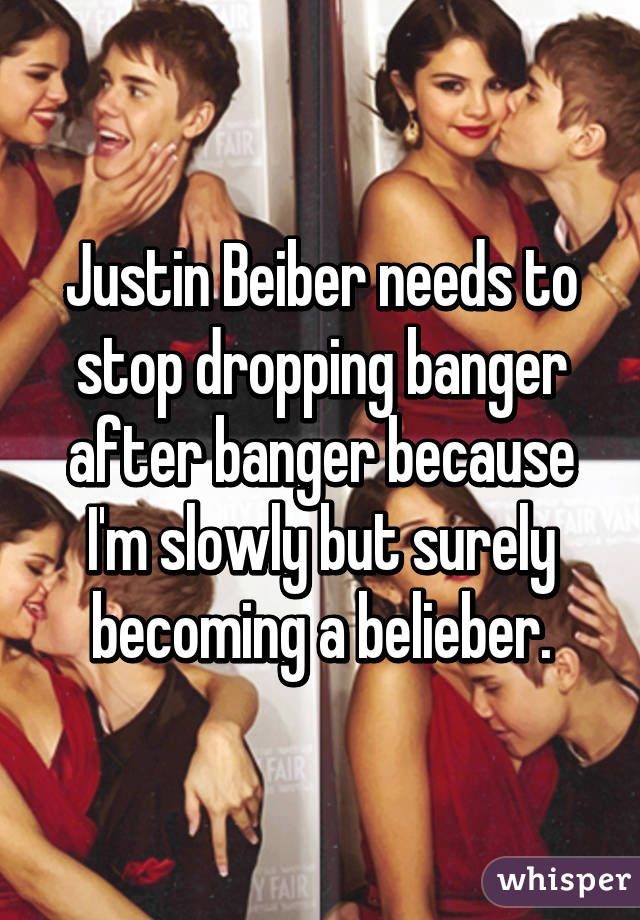 We get it, you go to the gym and plan all of your meals and haven’t had a complex carb since Kylie Jenner had her real lips. But do we need to see photos of your boring tupperware lined up along your worktop? All it makes me think of is the fact that you’re still going to be eating that same manky bit of chicken in six days time, and I assure you that doesn’t impress me.

6. Girls Taking Selfies In Bed With a Full Face of Makeup On

I’m not falling for this ‘Night world xoxo’ caption and the fact you’re wearing a fluffy dressing gown – there is no way your eyebrows are that on fleek and your contouring that effortlessly blended just before you get into bed after an 8 hour shift. No primer or setting spray in the world can do that., so STOP LYING.

7. Celebrities Gaining Weight Just to Lose It All for a Fitness DVD

I’ve gained a few pounds (*cough* stone) this month with festive eating, and you know what I really don’t fancy doing? Putting on a bikini 3 sizes too small and running around on a beach so my thighs ripple more than the sea. But maybe if it’s all part of a publicity stunt to help my fitness DVD fly off the shelves in 3 months’ time… actually no I’m still alright, ta.

I honestly don’t know when we all lost our fucking minds and reverted back to being about 6 years old, but I’m sick of seeing phrases about unicorns and mermaids on every t-shirt and phone case. Why can’t we give a bit of love to other mythical creatures? I’m personally a fan of a centaur. (Although if you really do love unicorns we have a fab “I’m a fucking unicorn” mug in the shop 😁) 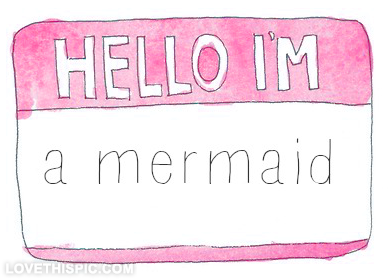 A word overused by teenagers who think they’re ghetto, to describe their clique of friends. (When in reality they are far from ghetto, they shop at Waitrose, have a housekeeper and nanny and are usually named Tabitha or Rupert) Most commonly screamed in the hallways at high school or overused as a hash tag in Facebook and Instagram posts. “Going to get a cheeky spiced pumpkin latte with the fab squad”.  #badass #fabsquad #squadgoals #squadlife #squadsquadsquad

I don’t know what it is about the sight of a selfie stick that makes me want to use it with full force like a police baton on the owner. There needs to be a ceremonial burning of all selfie sticks and if we’re lucky, they will be eradicated from all future history books, because your great great great grandchildren are going to absolutely rip you for it. 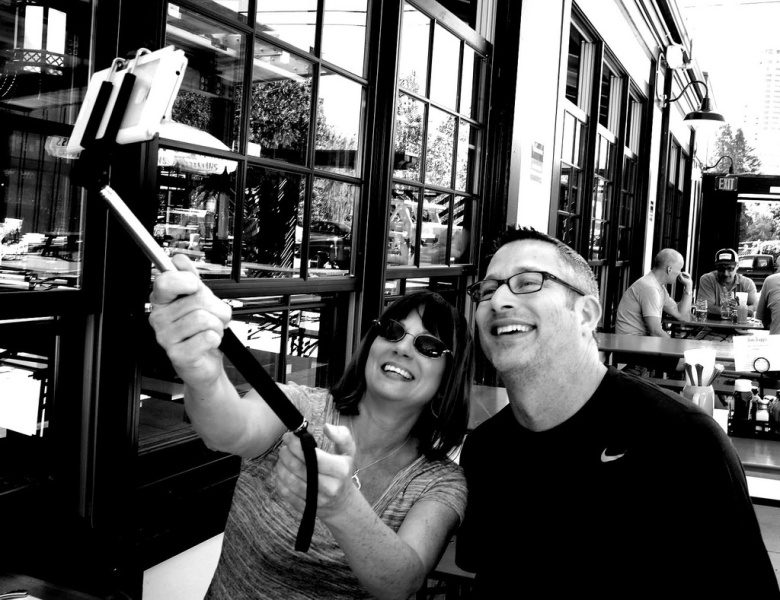 11. Any sort of viral challenge.

If it’s in aid of charity then it can only be a good thing. However the recent popular ‘condom challenge’ was just a way to tell everyone how much of a tool you are. It was actually a good exercise in natural selection so maybe this shouldn’t make it on the list after all. 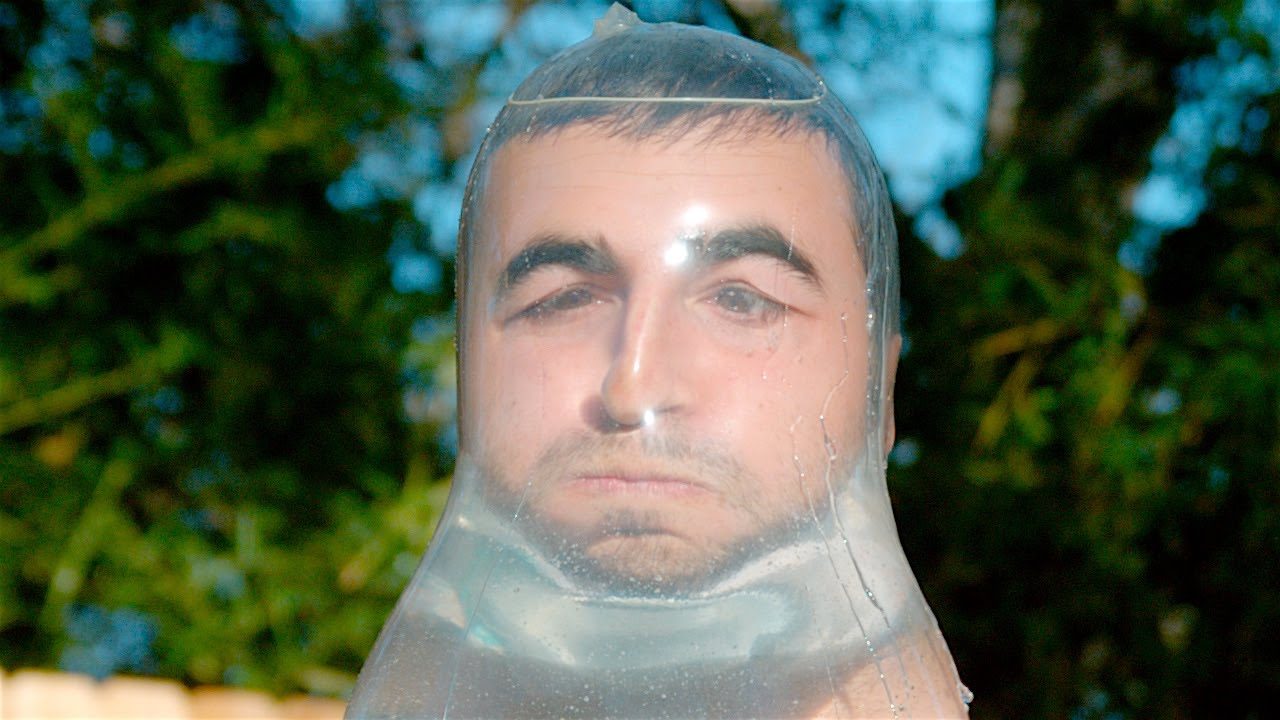 Let’s all be honest, the only thing we wana see when someone is riding on one of them, is a hilarious and somewhat traumatic fall that we can upload to YouTube. They make me uncomfortable and  it’s basically the a start of the robot take over which will result in a mass death by segway hoverboard wiping out the human race. Which is probably what we deserve for using them in the first place. 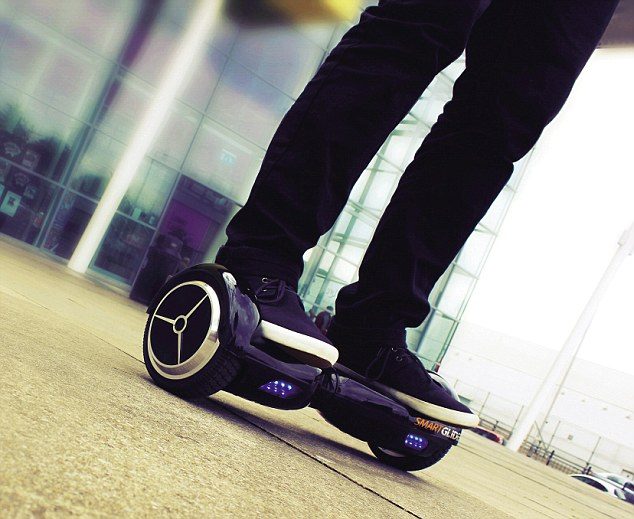 13. The fade between the brows.

What even is this? Who invented this? Is it some sort of new age street theatre? Expressive dance through the use of your brows? How far do you go with the fade? Until your brows disappear all together? I have so many questions. It’s like the entrance to platform 9 and 3 quarters. What are you hiding behind there?! I feel like it’s the allocated space on your face where intelligence goes to die.  It’s the 2015 equivalent to over plucked brows in the 90s, which also should be burned from the history books and never spoken of again. 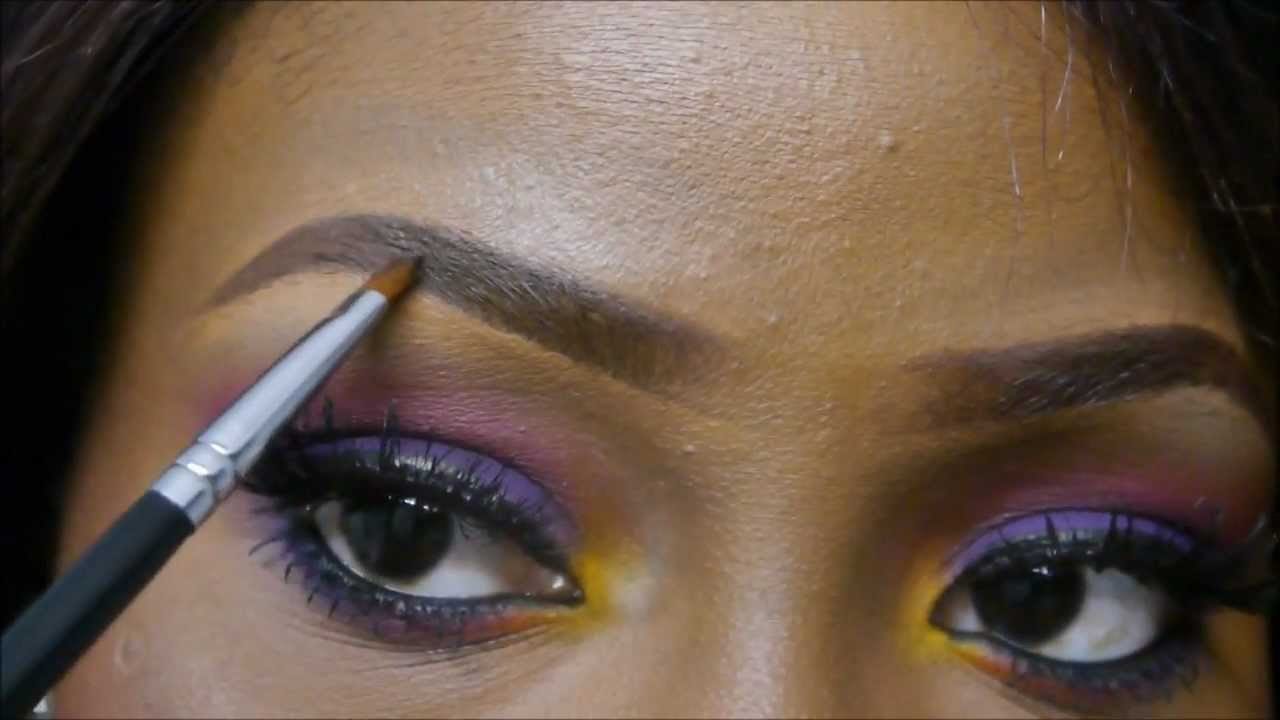 Once the sign of a good looking lad is sadly now one that resembles Mrs Trunchbull from Matilda. Never has a small bun infuriated a nation like the man bun has. Ahh the visual indicator of the ultimate f*kboy. OK, you had a good run but you need to be laid to rest now. We cant have guys running around with glossier hair than ours, it’s against evolution, science and the bible. It’s hard enough holding on to a perfect bobble that’s at its peak elasticity, never mind when your fella or brother is stealing them from you.

Inducing violent gagging all over the world. I cringe when I see Kylie Jenner do one with a bottle of grey goose in her hand never mind when it’s Stacey from St Helens, half cut holding a bottle of Lambrini in her local on a Saturday night. Turn it in pronto.

Why hasn’t this word died out yet? We already know it translates to ‘turd’ in Swedish so why is everyone still using it? Are you really that busy that you can’t stretch your mouth to say the word babe? Get a grip of your life right now.

17. The fact that people are still getting your and you’re wrong.

We’ve landed on the moon, we’ve invented the internet, we’ve developed vaccines to cure diseases and yet some people still cannot figure out where to use your and you’re?! One slip up is fine, we’re all human. But come on, for the love of god, where were you in English class? It’s our first language and those supposedly”durty foren-ers who R cummin ova ere n takin all arrr jobs” have better grammar than you.

I’ll help you out, it’s DEAD EASY. If ‘you are’ works in the sentence then it’s ‘you’re’, if it doesn’t work then it’s your. For example…

Here’s to a better 2016 – free of the burden of all these shitty trends.