Home Beauty Colonic Irrigation: A story of one girl and her bowels…

You might remember that a few months ago I went for a colonic and ended up getting rid of like half a stone of poo in an afternoon. It might not be ‘de rigeur’ to talk about your bowel movements but I tell you what, it felt bloody heavenly to be that empty. I was sold so I recommended and took my friend Nic to see Joanne Willcox AKA The Queen of Shit. Here’s what she had to say on the matter of her feral matter…

Colonic Irrigation: A story of one girl and her bowels… Nic’s story

Let me tell you a tale of a girl and her bowels…well ok I’m the girl and they are my bowels! Opening once or twice a week at best (trying to be as polite as possible here) basically I couldn’t tell you what a regular ‘motion’ felt like as I have never had one really. Nothing to worry about however, only a marked change in bowel habit should have you contacting your doctor – for me this was the norm and while I had always fancied a colonic irrigation I had never gotten round to actually booking in for one. Everyone has an opinion about them, but like most things ended up being something that I parked in my “something I need to do sometime soon” box. Not least because I was frightened/worried about the cost/side effects/embarrassment factor/bothered by other people’s well-meant but unfounded opinions etc, etc and so I got on with my life along with my twice weekly trips to the toilet.

Fast forward to last week and I found myself in the delightfully zen surroundings at Crabwall Manor Hotel & Spa in Chester having a non-surgical laser eyelid lift (blog post to follow on that) with Joanne Wilcox at her clinic and she asked me if I fancied having a colonic therapy while I was there.  I was immediately filled with dread, not least because I had just “been” the day before and naively thought she wouldn’t find anything to flush out. God bless me indeed.

Before I start I feel I must paint a picture of Joanne the practitioner. She can only be described as a calming influence in an otherwise manic world. She has a lovely, softly spoken voice and immediately made me feel at ease and explained in great detail about how the digestive system works and about why the body finds it hard to break down different food/drink (red meat, mushrooms and wine- yes I amma talking about you huns) and instilled in me such a sense of wellbeing I genuinely found the experience to be nothing short of completely relaxing. Honest to God.

Joanne explained that during the colonic I would start to feel a pressure once she had turned the water on and the speed at which I felt the pressure would indicate how ‘impacted’ my bowels were. Turns out quite a bit! I almost immediately felt pressure and Joanne advised a minimum of 4 therapies to get me fully cleansed. I was genuinely shocked to learn just how much shite I was holding on to – the term full of shit was, in my case, completely accurate!

As Steph described in her original blog post the feeling afterwards is nothing short of euphoric, I literally felt like I was walking on air I felt so light even though for me the scales didn’t actually move, which I found bizarre given what was coming out of me. I returned two days later for my next treatment and was completely shocked that after 35 minutes I was still lying there with Joanne doing her thing!! The colon is one long mutha it seems. And as I mention above, I’ve a lot of residual shit doing nothing in my large intestine.

I am booked in next week for my third treatment and genuinely can’t wait to get there and get on the bed!! It has made me think so much more about what I actually put into my body from now on and the thought of eating a chippy or a maccies is definitely at the bottom of my wish list as I know that (without sounding too much like I wear hessian sandals and enjoy the pungent scent of patchouli) it’s actually all about cleansing from within in order to make yourself feel & look better on the outside.

I feel quite protective of my bowels now and am going to try my hardest to eat clean (Joanne’s words!) and to help my body process its waste in a more efficient manner. I have suffered from bad skin on my chest & back for years and since my two colonic’s the state of my skin has improved dramatically, so much so, my boyfriend complained that I had no spots to squeeze the other night. (TMI??) It can’t be coincidental, I have spent a fortune on products for my skin over the years to no avail and yet two colonic’s down and I am ready to get my shoulders out with the best of them without fear! I am also finding that I am going to the loo of my own accord far more than I have ever been before – something I still can’t get my head around. My loo roll bill is set to double I suspect.

The booking process is online, you can choose a time to suit you, you don’t have to have an embarrassing conversation with anyone and only Joanne knows the reason why you are there. Embarrassment levels – zero.  You can even get your cossie on afterwards and have a chill in the gorgeous spa pool at the stately Crabwall Manor.

You literally have nothing to lose, apart from old shite. And who needs that in their life? 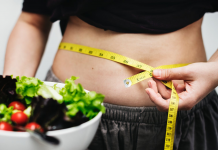 Health Improvements Need To Be Permanent 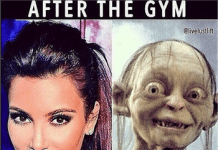 How To Join A Gym In January