As a trainee Liverpudlian, with all my ‘down south’ heritage (as they call it, being as we southerners all sound the same to them regardless or our specific accent), there are speaking rules I find very hard to adhere to.

Indeed, there are some words for places around here that I just cannot say properly.  Let me explain.  You know how the Chinese don’t have an ‘R’ in their language, right?  The nearest they can get is an ‘L’ sound.  We, in our usual British tolerant manner, think it’s hilarious when they call ‘rice’ ‘lice’.  “Egg Flied Lice,” makes us clutch our stomachs and laugh and point.

Well, not having a Liverpudlian accent but a London meets Brighton accent means that I don’t have the ability to say words correctly.  Obviously, whatever the locals call things is what they should be called. I have no idea, for example, why some outsiders call Deutschland, Germany.  I mean if the people that live there call it Deutschland, then it’s Deutschland, surely?  And it has to be pronounced the way that the people who live there pronounce it. 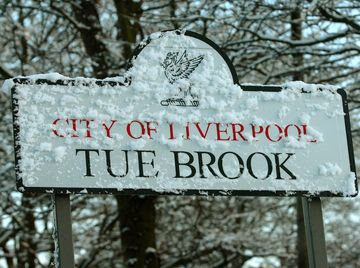 And so it should be for the people who live in Maghull.  Maghull, to me as a ‘southerner’, would, at best guess be pronounced ‘mag’ as in magazine, and ‘hull’ as in, well, Hull.  It isn’t of course. It’s ‘myrrh’ as in gold, frankincense and myrrh, but said very very quickly, and ‘gall’ as in gall stones.  ‘Myrrh-gall’ is very hard for non-locals to say, especially trying to make the first bit extremely short.  It doesn’t trip off the tongue too easily.

Or how about ‘Tuebrook’ which is not ‘tue’ from ‘tuesday’ and ‘brook’ as in ‘cook’, ‘book’, or ‘hook’, but ‘chew’ as in chewing gum and ‘brew’ as in making a cuppa, then a shortened ‘ccck’ from a flemy throat to finish, ‘Chewbrewccck’.

Or there’s ‘Walton’ or ‘Woolton’.  With a Liverpudlian accent they sound distinctly different, apparently.  However, when I say ‘Walton’ locals think I mean ‘Woolton’.  I find it impossible to say it like they do, inhibited, like the Chinese are by having no ‘R’.

There are contradictions up here too.  ‘Kirkdale’ is pronounced logically, ‘kirk’ as in captain, the ‘dale’ as in over hill and down dale.  Yet, ‘Kirkby’ is ‘kurrbeeee’.

To add to all this confusion, Liverpudlians don’t like making too much effort beyond a simple grunt followed most usually by ‘eeee’.  They do this in preference to using the full word, making them effectively a single syllable. ‘Stephen’ becomes ‘Steeee’.  Or ‘Great Homer Street’ becomes ‘Greateeee’.  An all zone bus pass, well that’s a ‘zoneeee’.  And, obviously, a ‘chippeeee’ is what it says!  Random words have evolved over the years.  A policeman will be a ‘bizzeeee’, as they can’t master the combination of a ‘pol’ grunt followed by ‘eeee’, for some reason. 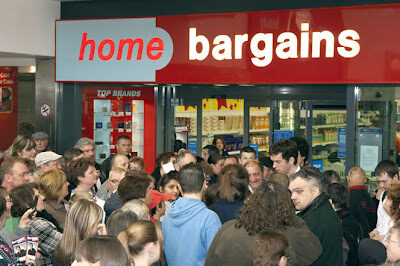 And yet, there is one greater still mystery that I have yet to solve.  It’s quite a simple one to explain.  There are cheap stores here which are just slightly more expensive than 99p stores, and they are called ‘Home Bargains‘.

For some unexplained reason these are not abbreviated to ‘homeeee’ as might be logical, but they are given an even bigger expanded name.  Liverpudlians, all of them, will call ‘Home Bargains’ ‘Home AND Bargain‘ (dropping the ‘s’ as well as putting in the ‘and’ that isn’t there.)

Why on earth they call ‘Home Bargains’ ‘Home AND Bargain‘ is a mystery.  As payback for constantly being laughed at for not being able to say the names of places properly, I have finally been able to counter attack.

Telling them it’s actually ‘Home Bargains‘ brings initial looks as if I am mad or have just insulted their mother. Some get ready to hit me as their short-temper circuits switch immediately to overload. Their voices instantly raise by 5 octaves to the high pitched whine they use when making ready to kill. But, I don’t back down.  Watching their faces when they realise that they didn’t even know they could have used far less syllables for all these years is dead funeeee.

Liverpool: A tourist in my own city