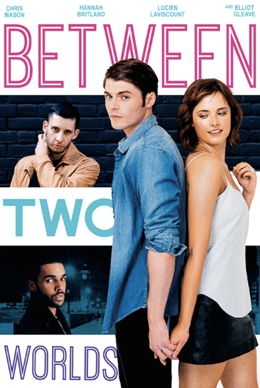 The first thing I do whenever I watch a Scouser on TV is brace myself to cringe. I’ve been let down too many times by shrieking messes, over exaggerated accents and wooden acting – I am scarred and I’ve been waiting for a Scouser on the telly to make me feel proud. Granted, Stephen Graham is a Hollywood actor but google him and one of the first pictures that comes up is him posing with a copy of The Scum. The bad meff.

When I pressed play on Between Two Worlds I was on full cringe alert. Written by a Scouser, set in London but filmed in and around Liverpool and starring a Scouse lad as the lead role it could have been a bit… eeee. It wasn’t, it was brilliant. I knew within the first 30 seconds, during Ryan’s (played by Chris Mason) opening monologue, that we were going to be safe.

The plot centres around Ryan, a child prodigy author who is struggling to write his second novel because he’s got an absolute bellend of an agent who’s giving him shit notes and direction on it. We follow him and his mates Connor, AKA The Movie Star (played by Lucien Laviscount) and John, a successful… er…. something to do with hedge funds (played by Elliott Gleave who you’ll more likely know as Example). At first I did wonder a little bit whether Elliott’s acting was on par with the rest of the cast but I soon realised it was, he was just playing a character who at times was a bit chauvanistic and ridiculous but who you ultimately warmed to – I’ve met people like him and he played it very well. Chris Mason as Ryan absolutely stole the show though and I’m not just saying that because I’m Scouse and biased – as an added bonus, he’s also hella fit, rivalling Lucien Laviscount for lead hotty.

Ryan has a love interest of course… several actually. I’d go as far as to say that at some points he was drowning in vagina but as with all gobshites, it wasn’t his fault… honest 😏. Between his agent’s lusty wife and his bitch of an ex he does actually meet a decent girl, Anna (played by Hannah Britland, who’s a dead ringer for Binky from Made In Chelsea), but the course of true love never does run smooth does it?

The film is set in London but pretty much all of the interior shots are filmed in Liverpool and I had loads of fun trying to identify all of the locations. Places I deffo spotted were Alma De Cuba, 81 & 83ltd, Empire, possibly Mosquito and I’d take a stab at Ryan’s apartment being in The Albany or The Unity Building.

Between Two Worlds is out on the pictures today or available to download from Itunes here – so if you’re looking for something to watch this weekend go and support your fellow Scousers and watch this, you’ll love it!